Tuesday afternoons are important to Henry Bouma and Aaron Collier. This is when they talk about life, read Scripture together, discuss ministry opportunities, and pray.

Henry serves as a national leader for Navigators I:58, a ministry focused on communities directly affected by systematic injustice. He lives in Grand Rapids, Michigan, with his wife, Jacque. Aaron is also on Navigators staff in Grand Rapids, but that isn’t how these two men met.

“About 28 years ago,” Henry shared, “I asked the superintendent of The Potter’s House [an urban Christian school in Grand Rapids], if he had a project my men’s group could do for the school. We assumed we would paint a closet or fix a door. Instead, he asked us to mentor five young boys. Aaron, who was 9 years old at the time, was one of those boys.”

As a biracial kid, Aaron wasn’t sure what to think about Henry, whom he considered a white guy from the suburbs. Aaron’s father had abandoned him at a young age, and he lived with his mom.

“I was constantly getting in trouble,” Aaron said, “and the principal at school thought it’d be a good idea for myself and four other boys to have father figures in our lives.”

Through investing in these boys from the urban part of Grand Rapids, God led Henry and Jacque to move to Aaron’s neighborhood—where Henry’s dad grew up and even Henry lived until age 2.

“You would think that if you say, ‘yes’ to God about moving into the city, it’s going to happen quickly,” Henry shared. “It took four years before we found the house we’re living in today.”

In a divine-ordained stream of events Henry and Jacque not only bought one lot, but also the one next door, which serves as the discipleship house.

Today, it hosts Bible studies, sports, neighborhood events, and a leadership program. A handful of college-aged students over the years have even called it “home.”

Aaron lived there for about eight years himself—a time when he experienced an even deeper level of Life-to-Life discipleship.

“It took until my junior and senior year of high school for me to open up to Henry,” Aaron remembered. “Even after graduating high school, I didn’t know what I wanted to do. I would help Henry with the ministry Bible studies and their leadership program as I continued to grow in my faith.

“When I decided to go Bible college and struggled with my grades, Henry and Jacque came up with a plan to help me. Jacque even tutored me. Knowing they were doing life with me gave me the confidence to trust them. It has transformed me into who I am today.”

How Fathers Spiritually Invest in Their Kids

With two children of his own now, Aaron can see more clearly the ways Henry poured into him.

“Henry was my basketball coach, my youth leader, and together we started a Bible study with my friends,” Aaron shared. “It was Henry’s consistency in my life that led me to trust him.”

As that father figure for Aaron, Henry recalls how Aaron has changed over the years. “I used to be able to block all of his basketball shots,” Henry said, “but then I got to a point where I couldn’t do that anymore.

And yet the spiritual maturity stands out even more. “I saw Aaron catch the vision, Hey, I can make a difference. I can speak into someone’s life. I can walk with people the way Henry walked with me.”

As Aaron caught this vision for discipleship, he also created a mission statement while participating in the ministry’s leadership program.

“My mission statement is: I want to impact youth in all areas of their life so they can turn around and impact others,” Aaron said.

Today, Aaron disciples many young guys ages 10 to 30. He met most of them in connection with the discipleship house and while leading Bible studies. However, one of the youngest is his son, age 10. Aaron has shared The Bridge to Life illustration with him and with his daughter, age 13.

“God is constantly reminding me that my family needs to be ministered to, maybe even more than the kid down the street,” Aaron said. “Recently, my son and I walked and talked about what was on his heart, and I was able to bring up Scriptures I had learned about who we are in Christ.

“After I had this conversation with him, I was reminded of the importance of having these more often. Often I get so busy doing ministry that I forget my family needs these conversations just as much.”

How Discipleship and Friendship Connect

Henry thrives in supporting and encouraging disciplemakers, like Aaron, who are now doing ground-level ministry in the neighborhood.

“It’s a beautiful thing to live where we’re living and doing life with people on our street and in our neighborhood,” Henry shared. “In discipleship, the relationship always comes first. You find the common ground, and then you build that trust and relationship. Anybody can do that. We have friends, right?”

Henry explained that building relationships is as simple as inviting people to go grocery shopping with you or eat lunch together. He often thinks about what he does every day and how he can invite someone to join him. As a result, he said, “I never eat lunch by myself.”

“We often teach someone ‘two plus two equals four,’ but we rarely say, ‘Now you’re smart enough to teach someone else the same thing.’ That’s what discipleship is: sharing what you’ve already learned about God and life and passing that onto someone else. Sometimes—easy-to-learn resources like The Wheel or The Bridge illustrations.”

Aaron says that being discipled by Henry has brought clarity to what it looks like to love like Jesus in all of his relationships—as a husband, father, friend, brother, son.

“The future is generations,” Henry said. “We have kids in the neighborhood who are 5, 6, 7 years old. They come to the discipleship house all the time to play basketball, ride their bikes, and create art with sidewalk chalk.”

As Henry and Aaron walk down the street, neighbors often recognize and greet them. In the spirit of Isaiah 60:22, if God can use them to have an impact on this neighborhood, He can use anybody.

“That’s the next generation. As I look forward, I pray God will open those doors to build relationships with those kids and walk with them for the next however many years God allows us.”

Consider ways you could intentionally build friendships with your neighbors through common interests and activities. You might even try using your place as an occasional neighborhood gathering spot this summer and watch to see what God does next.

What’s God Doing in Your City?

Henry Bouma and Aaron Collier represent only two of many people involved with intentional spiritual mentoring in historically underrepresented communities across the U.S. This is where someone comes alongside another and invests in them spiritually. Click the link below to see if there is a Navigators I:58 ministry in your neighborhood, and learn how you can be part of what God is doing there. 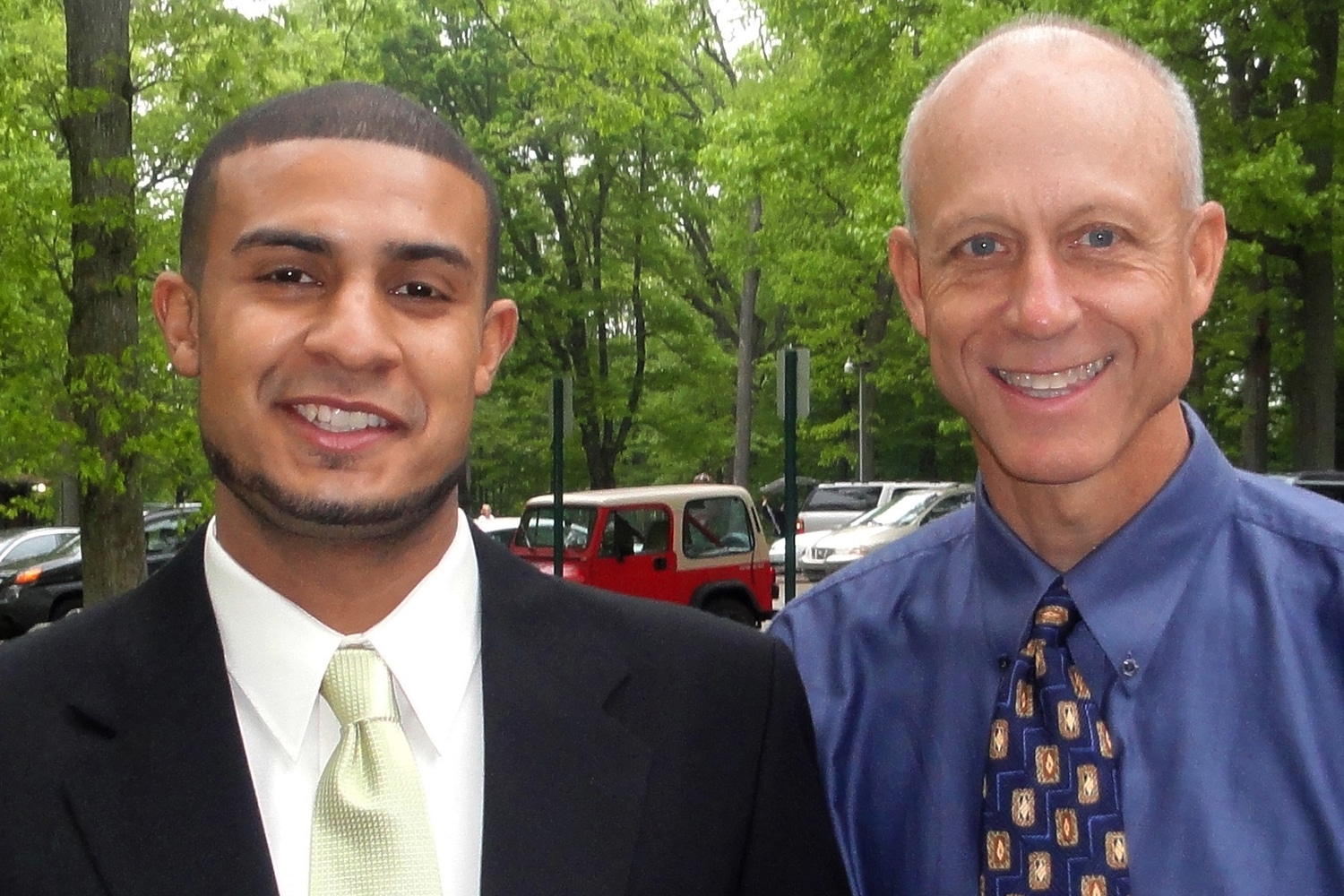