The Navigators® ministry began in the 1930s, when a young California lumberyard worker caught a vision. After seeing the benefits of basic discipleship principles in his own life, Dawson Trotman wanted to teach them to others, echoing the call of 2 Timothy 2:2: “And the things you have heard me say in the presence of many witnesses entrust to reliable men who will also be qualified to teach others.”

Dawson began teaching high school students and local Sunday school classes these principles. In 1933, he and his friends extended their work to sailors in the U.S. Navy. There, Dawson taught sailor Les Spencer the foundations of Christian growth. They spent many hours together praying, studying the Bible, and memorizing Scripture. When one of Spencer’s shipmates asked him the secret of his changed life, Spencer brought the man to Trotman: “Teach him what you taught me,” he said.

“You teach him!” Trotman responded. And the 2 Timothy 2:2 vision was strengthened.

Spencer did teach the sailor, and soon the two men were meeting with others. Eventually, 125 men on their ship, the U.S.S. West Virginia, were growing in Christ and actively sharing their faith. By the end of World War II, thousands of men on ships and bases around the world were learning the principles of spiritual multiplication by the person-to-person teaching of God’s word.

Next door to everywhere

At the same time, those high school students Dawson had taught began to reach out to others around them in Southern California. Today, more than 80 years later, we minister not only in the military and with college students, but with businessmen and women in every line of work, among homemakers, ethnic groups and international students, in over 100 countries around the world—wherever there are people who need Christ. Our vision is to see followers of Jesus next door to everywhere!

Since The Navigators’ beginnings in 1933, that vision of spreading the love of Christ has flourished. In 1949, The Navigators’ first overseas missionary left to serve in China; more soon followed to other countries. The Navigators’ headquarters moved from southern California to Colorado Springs in 1953 with the purchase of the Glen Eyrie property, former home of city founder General William J. Palmer. Now, that property is home to the U.S. and International offices, Glen Eyrie Conference Center, and our publishing division, NavPress®. A few miles away sits Eagle Lake Camp.

We’re all about changing lives

Navigators spend hours with new believers individually and in small groups. They study the Bible, pray, encourage, counsel, and teach. It is a life on life ministry.

The Navigators is a faith ministry supported by the contributions of individuals and churches. Field staff—those directly involved in grassroots ministry—raise their own financial support.

Our aim is to make a permanent difference in the lives of people around the world. Our purpose—To know Christ, make Him known, and help others do the same®—describes the center and direction of the ministry. From the beginning, we have sought not only to reach people for Christ but to equip them so that they, in turn, can help fulfill Christ’s commission to “go and make disciples of all nations” (Matthew 28:19). 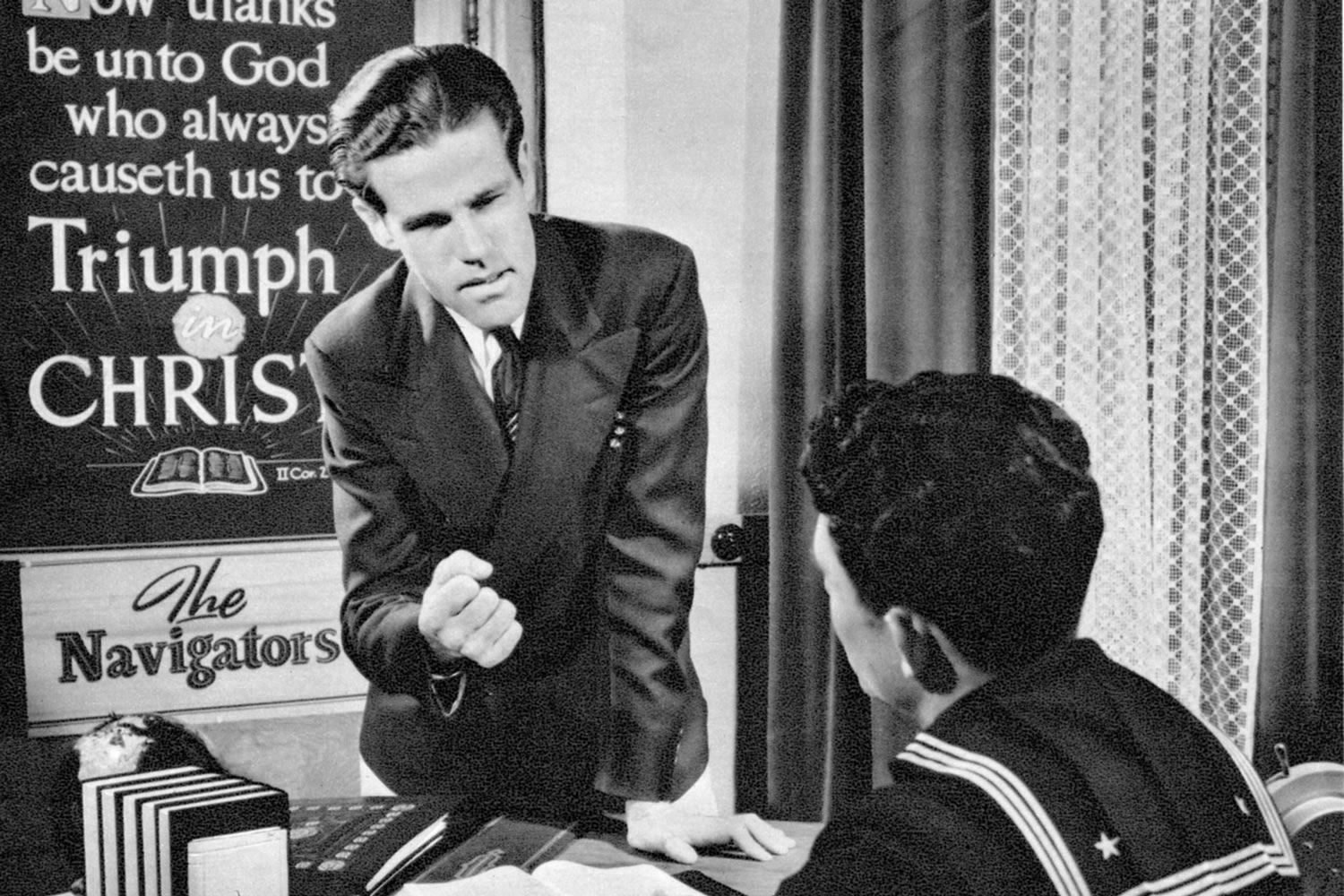