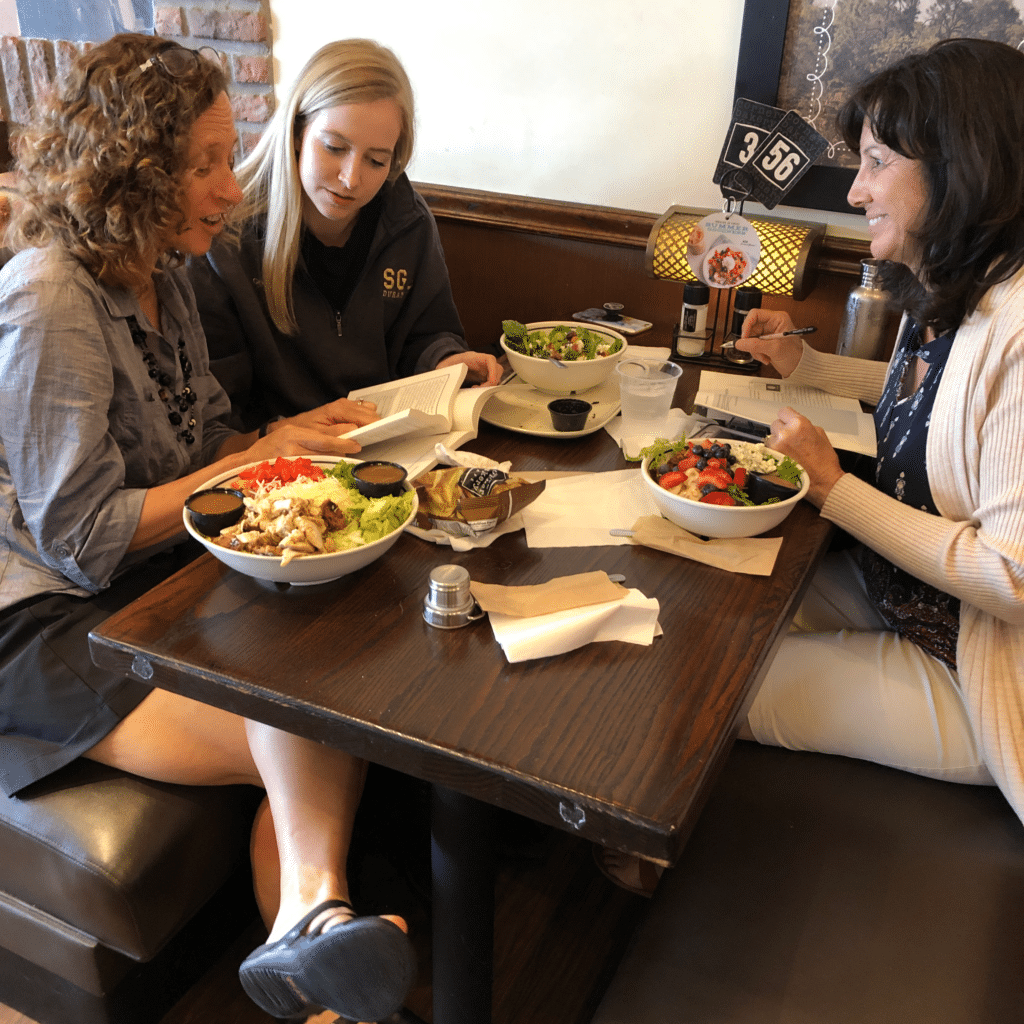 “That Bible study was a first for me,” shares Kim. “I decided to follow Jesus when I was about 11, at a Vacation Bible School, but no one in my family followed Jesus, so I didn’t have anyone to disciple me. Studying God’s Word and learning from Debbie helped me decide to make Jesus the Lord of my life.”

Kim shared how following Jesus led to many changes—starting with breaking off an engagement: “After studying the Word, I realized that this relationship wasn’t pleasing to God. Throughout high school I tried to find love in boyfriends. Debbie challenged me to let the Lord be my husband and I took a break from dating. Later, when I was finishing my master’s degree, I lived with Debbie and Jim Entsminger (who were then married) for a year. I was able to see a Christian marriage relationship in practice, since my mom had been married multiple times. I prayed that if I married it would be to someone with a strong faith and family background.”

Kim eventually married Jerry Greaves who also had a Navigator background. When they started their family, they made God’s Word their foundation. “I had a fear of not parenting well because of my own background,” said Kim. “I read parenting books, but I also realized that my kids would learn more from how we lived than what we said. I wanted my kids to run to God and His Word for every need in their lives. We made Scripture a big part of everyday life, and in high school, we had them memorize The Wheel® [a Navigator illustration of what it means to live the Christian life]. We talked about how living out these principles would keep their lives focused on God. I also prayed a ton!”

Even now, in their ministry to young families at church, Kim and Jerry use principles they learned from The Navigators. At a baby dedication class, Jerry used the Word Hand illustration to show how to make Scripture a foundation for life. From that class, some have continued in a discipleship study with Kim and Jerry.

Kim underlines how God used Debbie walking alongside her in every season and spiritually pouring truth into her life. Now, she and her husband invest in the next generation through Life-to-Life® discipleship.

Their daughter Emily, also a University of Florida graduate who was discipled by Navigators, is joining EDGE Corps, a two-year Navigators collegiate internship. Emily reflects on the influence of her parents, saying, “Jesus was an integral part of life for my parents, I could see that they lived a different way from other families. The Navigators had a strong impact on their walk with Christ and they modeled growing as a disciple. They discipled me!”

As Emily was preparing for EDGE Corps, Debbie, Kim, and Emily met together for a study on emotionally healthy spirituality. The learning and growth continues for each of them, as they disciple those in their own sphere of influence, to the next generation.

Praise God for people like Debbie—who helped Kim to know, grow, and share her faith with the next generation. Pray for those who are starting to follow Christ now, in college, that they may live out a legacy of faith!

Listening to His Voice - By Deb Entsminger

Even to Jesus’ disciples, what she did made no sense. The cost was outrageous! She poured more than a year’s income worth of expensive oil onto the Master’s feet. Didn’t she realize how many people she could have helped with that much money? Yet Jesus defended her saying, “Leave her alone, so that she may keep it for the day of my burial” (John 12:7 ESV). 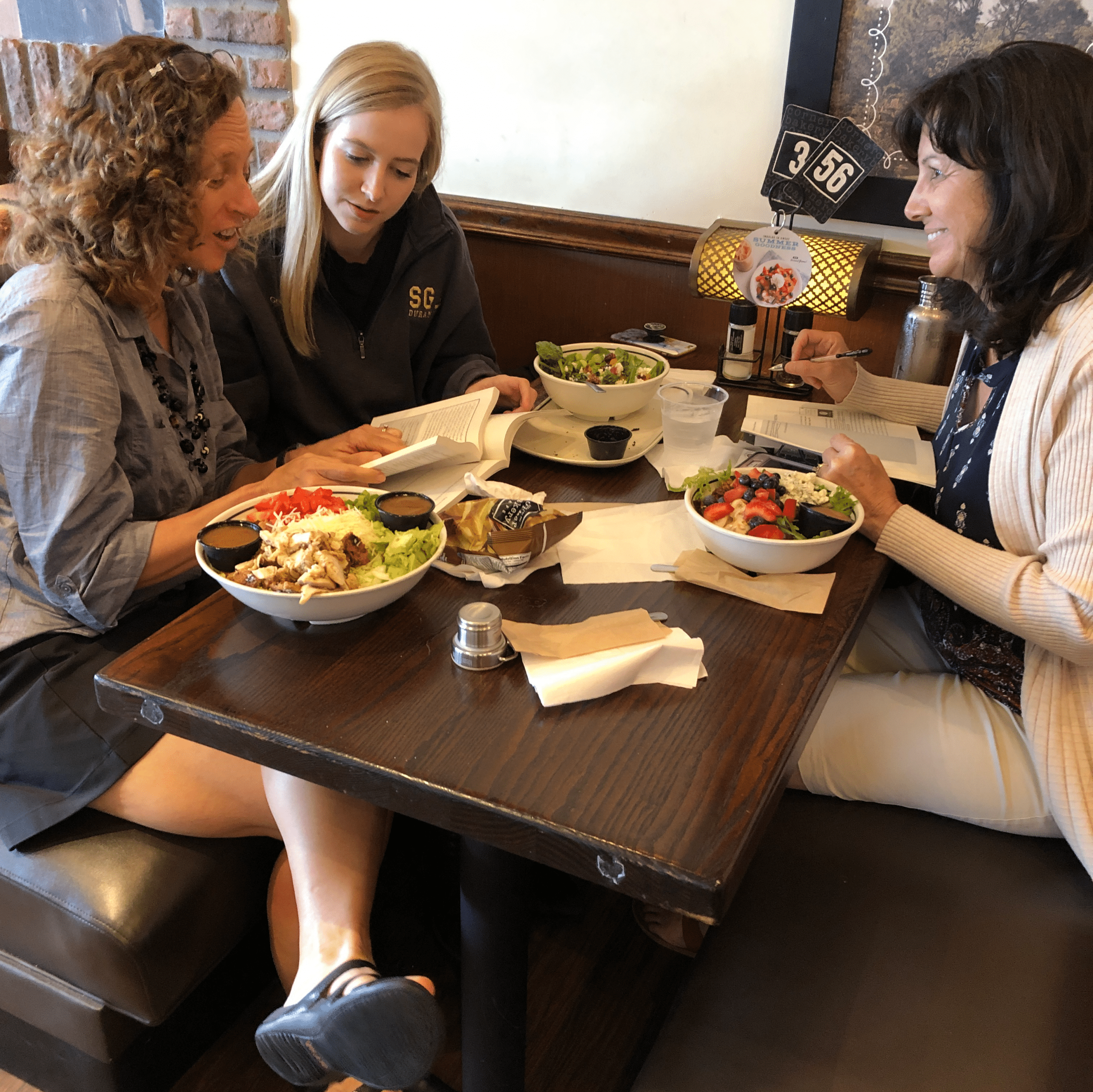