Skip to content
Go HomeBlogTransforming Grace: Living out the Gospel

If the trajectory of their marriage were based on human experience, Natasha and Victor Padilla probably would not still be together. But the grace of God has transformed them—both individually and as a couple.

When Victor first saw Natasha, she was at a party playing games and it was love at first sight. They both fell deeply in love and ended up getting married when they were 18 years old. Victor served in the Army and Natasha stayed at home when she became a mom.

They both came from family backgrounds that included brokenness and difficult circumstances. So, they didn’t have an example for family life together. Victor thought TV families were the ideal example. And Natasha figured that if she attended church everything would be fine. But neither of them knew what it looked like to be forgiven and unconditionally loved by Jesus.

Early in their marriage, Victor was away for military training and Natasha learned the extent of his alcohol use and pornography habit. At that realization, she didn’t know what to do and decided their marriage was over. One day when Victor called Natasha from training, she told him it was over and that she packed up his stuff.

Victor was truly devastated by the call because he loved Natasha. He tried to keep up a good front with his military buddies. Tim, another soldier in training camp with Victor, sensed something was going on behind Victor’s façade. Tim asked Victor and he opened up about the struggles in his marriage and his personal challenges.

Tim, who had just become a Christian at a Navigator Bible study, asked if they could read the Bible together to see what God had to say to Victor. Victor was desperate and willing to do anything. So, they met almost daily, talking about marriage, purity, and how to apply the Bible to the real challenges of life. The truth of Scripture ignited a change in Victor’s heart. Tim and Victor were unlikely friends—they had come from completely different backgrounds—and only through Jesus were they able to grow alongside each other as brothers in faith.

One day God convicted Victor about his sins, and he decided to call Natasha and apologize for his behavior. He had softened and was willing to change. It was the first time in their marriage he had ever apologized for anything. She listened and agreed to let him come home after training, but she still felt he was the only one who needed to change.

Once Victor was back from training, he continued to be discipled by other Navigators and was learning a new way to live from the Bible. Each week Victor would share what he was learning from Scripture with Natasha. She listened but still didn’t feel like she needed to change.

Victor was sharing about Job and before he got to the end of the story, he stopped and said she should look up the verses in the Bible for herself. She wanted to know what happened, so she did; the story of how Job feared God and shunned evil pierced her heart and she knew she needed to change as well. Her heart change moved her from a performance-based life to grace—for her own life and for Victor as well.

They both committed their lives and marriage to God. A thriving marriage didn’t seem humanly possible with their rocky start, but with God’s grace, and His Spirit infusing their lives, they changed completely.

In the last 20 years, God has used them to come alongside and disciple many military personnel and families at Kirtland Air Force Base in Albuquerque, New Mexico. Transformation of the heart is possible with the Holy Spirit and the faith that all things are possible through those who trust in Him!

In the military people are always transferring bases and so when the Padillas hear about someone coming in from another base, they are quick to welcome them into the Navigators Military family. Jalyssa and her husband got in touch with the Padillas when they were reassigned from Germany to Kirtland. Jalyssa’s husband had been discipled by Navigators in Germany and was eager to get connected in New Mexico.

Natasha kept inviting Jalyssa over for coffee and to her women’s Bible study, but Jalyssa was a little apprehensive. She was more comfortable around men than women, since she had grown up with five brothers and was raised by her father while her mother was incarcerated. But Natasha persisted, and their friendship grew as they started sharing life together.

Natasha met with Jalyssa weekly and invested in her, becoming a spiritual mom to her. They became so close that Natasha has been at the birth of Jalyssa’s kids. When Jalyssa’s marriage was struggling and she needed advice, she reached out to Victor and Natasha to help mentor them in their marriage. God used the brokenness from Victor and Natasha’s past to give hope to Jalyssa and her husband.

Coming alongside Jalyssa in life’s ups and downs was more than just friendship, Natasha was intentional about giving Jalyssa opportunities to grow in her own ministry to the women around her. As Jalyssa’s family grew (they now have four children), so did her ministry. Living on base, she opened her home every day with a pot of coffee and space for women to come over and hang out with their children.

Jalyssa started reaching out to a young mom who lived across the street, Julia, praying for her. They were both pregnant when they first met, so it was natural for Jalyssa to get to know Julia. But just as Natasha had done with Jalyssa, she discipled Julia by sharing the gospel, praying with her, and doing life with her.

Julia became a Christian and wanted to be baptized to publicly affirm her faith commitment. Both Natasha and Jalyssa baptized Julia. Since military life is constantly changing, Julia and her husband were transferred to Lackland Air Force Base in San Antonio. There was no women’s group at the new base, so Julia started one and now leads it! After seeing the transformation in his wife, Julia’s husband became a Christian and is now following God.
Each generation of disciples first finds hope and grace in relationship with Jesus, and then they share that truth with the next, and the next. This is how God ignites a movement of disciplemakers, one by one, to impact many.

Pray for those like Victor, Natasha, Jalyssa, and Julia who are coming alongside others in their faith igniting spiritual generations of disciplemakers.

Stories like Victor and Natasha’s show how God is using our ministry to touch the lives of the lost and broken. With your partnership, we can continue to reach out and disciple people all over the world from military bases, to college campuses, to neighborhoods, and to hard-to-reach places. Your gift will help share the news of Jesus, so that others can know Christ and make Him known around the world. But we can only take advantage of these opportunities through your faithful support! 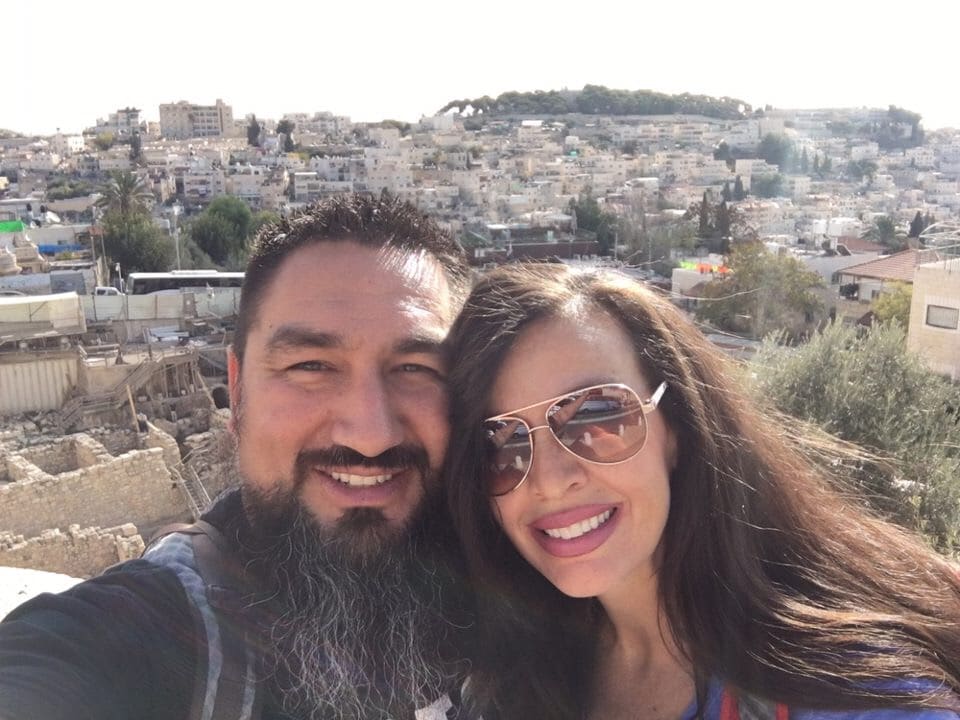