Hilda Ng, a recent University of Florida (UF) graduate, spent most Mondays with Caroline and Rachel, who were two years behind her in school. Hilda discipled them while all three participated in Navigators Collegiate at UF.

Since all of them had homework and projects to complete, they dedicated each Monday last semester to gathering and working on their assignments together. During this weekly rhythm, Hilda developed deeper relationships with Caroline and Rachel.

“It was helpful spending Mondays together and also meeting individually during the week,” Hilda says. “As we worked, I heard how they were really doing and knew how to pray for them.”

By spending time together doing everyday things, Hilda intentionally invested in others—the same way she herself had been discipled.

The Value of Walking Alongside Another

Just as she invited Caroline and Rachel into her study time on Mondays, Hilda often joined Navigators Collegiate staff Courtney Curcio and her baby for walks during her final year at UF. Courtney invited Hilda into her life and offered an opportunity for heart-level conversations.

Those conversations, and an emphasis on community, are what initially attracted Hilda to The Navigators when she was a freshman at UF. A friend had invited her to attend a freshman event, which eventually led to involvement with Navigators Collegiate and multiple opportunities for spiritual growth in her relationship with God.

“I tried out [Navigators Collegiate] and met some cool people,” Hilda recalls. “So, I stuck around these past four years. I knew about Jesus all my life, but it was in college that I recognized my need for Jesus.”

Hilda hungered to grow in her faith. Instead of waiting for someone to pursue her for discipleship, she sought this type of mentor relationship.

“My first year at UF I reached out to my Bible study leader, Kat, and asked if she would disciple me,” Hilda shares. “Since then, I’ve been discipled by women on staff at UF and through two Navigators Summer Training Programs.” (STP is a discipleship program where college students learn more around intentional prayer, spending time in the Bible and walk everyday life together while being employed for the summer in a specific location.)

Weekly meetings with Kat challenged Hilda’s faith and encouraged her to help others grow too.

“Kat walked alongside me in whatever I was doing—whether preparing for an exam or walking through a difficult friendship,” Hilda says. “The ways in which Kat led and poured into me greatly impacts the women I have met with and am meeting with to this day.”

As Kat modeled to Hilda what Life-to-Life discipleship could look like on a college campus, Hilda then took her example and intentionally invested in others, starting her second year.

“If I have the mindset of sharing my life with others, then they will most likely share their life with me,” Hilda says.

Discipleship: How to Get Started

Although Caroline and Rachel often hung out with Hilda together, Hilda recognized their discipleship journeys would look different.

“Caroline and I focused on praying the names and attributes of God to help deepen her understanding of who God is,” Hilda says.

Caroline grew up in a Christian home but didn’t understand what discipleship was about. Hilda saw her trust in the Lord develop as she learned from Him and deepened her understanding of Him as Savior.

When Hilda met with Rachel, the two discussed Scriptures that spoke to Rachel’s identity and security in Christ.

“Rachel grew a lot in understanding what freedom in Christ looks like,” Hilda shares. “She walked more freely without the pressure to please people.”

Conversations with Rachel and Caroline push Hilda closer to God.

“I get to see different perspectives of who God is through them,” Hilda says. “From Rachel, I see Him as a loving Father who is pleased with us. Then from Caroline, I experience the Lord’s compassion as she loves others well.”

When Hilda graduated, she thought her time with Navigators Collegiate at UF had come to an end. Instead, this semester she begins her position with EDGE Corps, a post-college two-year internship with The Navigators—on the campus where it all began.

When it comes to growing in Christ and helping others do the same, Hilda realizes there is no perfect formula. She’s encouraged Caroline and Rachel to invite their friends to join them as they continue to grow in Christ and keep in mind that each friend is starting from a different place.

“College wouldn’t have been the same if I didn’t have all those who discipled me and those ladies I discipled,” Hilda says. “It’s one of the biggest blessings to walk so closely alongside other people and trust the Lord’s sufficiency for every step.”

Through Navigators Collegiate at UF, Hilda encouraged college-aged women in their relationships with Jesus, while other women spiritually invested in her. This is how Life-to-Life discipleship gains momentum and we see an exponential growth of disciplemakers.

“I get excited when someone I’ve discipled shares with me how they want to pour into someone else because of how I’ve poured into them,” Hilda says. “I’m praying for more spiritual generations on the UF campus as I see our tight-knit community both being discipled and discipling.”

Name those people intentionally investing in you and also those you’re discipling or that you want to invest in spiritually as a mentor. Check out this Spiritual Heritage resource below to take the next step in reflecting on your spiritual heritage and pray how God can build on that right where you are at today.

Hilda could name those who intentionally invested in her life and those she discipled. As you name your spiritual family, take the next step by placing their names on a family tree through our Spiritual Heritage resource. Click the link below to create yours today. 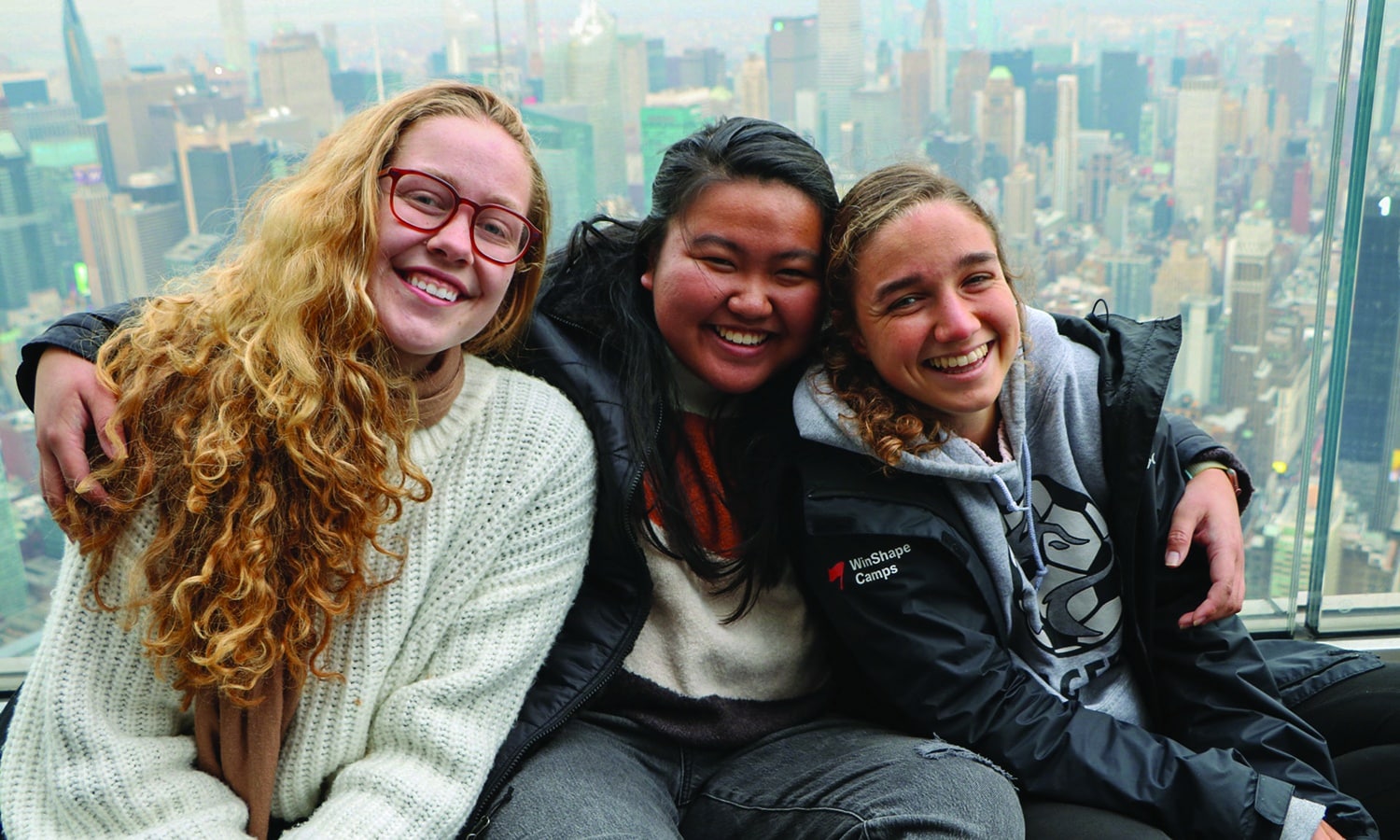