Skip to content
Go HomeBlogServing Others in Need: Building Bridges to The Gospel

Reverend Maurice Winley is a third-generation minister who serves as Associate Minister at the Soul Saving Station church in Harlem, NY. He has been active as a youth development specialist for over 25 years helping youth and families in Harlem and in cities throughout the U.S. such as Washington DC, Philadelphia, Atlanta, Houston, San Diego, Chicago, New Jersey, and throughout the Greater Capital Region of New York.

Maurice’s passion for helping at-risk youth came from a vow he made as a young adult when he received a second chance that turned around his life forever. His turning point came at age 17, when he chose a path that would lead to either death or life in prison. But God gave him a second chance.

Maurice grew up in a Christian home. His goal during high school was to attend medical school to become a doctor and he received numerous academic scholarships to fulfill his dream. However, a series of life-changing incidents and circumstances changed the course of his life—leading him to enroll in “Street University” instead of accepting the scholarships and attending medical school.

This critical life choice led Maurice, at the age of 17, down the path to the State Department of Corrections. Maurice had been afforded an employment opportunity to manage two stores selling compact discs. But one day, during an attempted robbery at one of the stores, the assailant was killed and Maurice found himself facing a grand jury with a new charge that carried a sentence of twenty-five years to life.

On the day he appeared before the grand jury, his father prayed a simple prayer over him that God would judge his heart. With his father’s prayer fresh in his mind, Maurice stood before the judge. In his testimony to the grand jury, under heavy conviction recalling the impact of the words the victim’s mother spoke to him, Maurice expressed deep remorse for his actions and made a life-changing vow. “If you give me a second chance, I will dedicate my life to seeing that other young men do not come down this path!”

What happened next changed the trajectory of Maurice’s life. Miraculously, after his testimony the grand jury and the judge decided to throw out the case. Maurice’s surrender to God launched his call to impact vulnerable young men, particularly of African American and Latino descent, who were the most at risk to take that destructive path.

This moment of surrendering his life to God led him to becoming the man he is today, faithfully serving God and fulfilling his vow. Since then, walking by faith, God has opened many doors enabling him to help those in need of the gospel to find hope.

Later down the road, Maurice met Andy Puleo the former New York City Director of The Navigators who intentionally mentored Maurice. The Navigators Life-to-Life® discipleship model had a profound impact on him, his call, and his ministry. Maurice credits Puleo’s discipleship and influence on his ministry philosophy to his successes in ministry, youth, and community work. Puleo’s mentorship helped him crystalize the vision for the movement God had placed on his heart. The fruit of Puleo’s discipleship is further evidenced in Maurice’s recent launching of Living Redemption Youth Opportunity Hub.

The combination of Puleo’s discipling and mentoring, and the relationships he formed through The Navigators became a source of encouragement Maurice needed for the next stage of his ministry.

Maurice shares, “Puleo’s mentorship and my training with The Navigators through the emphasis on deep relationships and Life-to-Life discipleship, seeing discipleship as a leadership paradigm, are the footprints Puleo left on my heart.” Puleo modeled discipleship to Maurice, “The Navigators became an oasis in my wilderness of discovering, hearing, and responding to God’s call.” Being in this environment of grace enabled Maurice to continue the healing process in a healthy way, having his call affirmed as he continued to work through internal feelings of guilt and shame.

The Navigators I:58 ministry is part of Maurice’s team’s work today, as they intentionally disciple and mentor those youth who come through the doors daily at Living Redemption Youth Opportunity Hub, which is housed at the Soul Saving Station church where he was raised and rededicated his life to the Lord.

“Our Redeemer is opening doors through His mighty power in our personal testimonies—we work with youth, school systems, government, and ministries to help stop the cycle of brokenness. Our ministry focus is Life-to-Life discipleship for young people. We are there to give kids hope, speak truth into their lives, and walk alongside them as mentors and advocates.” Maurice shares.

But now, in the midst of the global pandemic where NYC became the COVID-19 epicenter—the normal, everyday needs of the Harlem community escalated—now many need emergency resources such as food, cleaning supplies, and encouragement.

Maurice shares how his team partnered with other parts of the community to provide food and supplies. “Our church and ministry has partnered with a local food pantry to help provide food and basic essentials to those in the community twice a week. The team serves an average of 1,000 people each week. Since we started, we have fed a total of 15,554 souls, and the need continues to grow.”

Coming out to serve in a high risk area, such as NYC is a risk their team is willing to take in order to reach those in need of hope. Beloved, who works for Living Redemption Youth Hub as a Credible Messenger shares, “My daughter is worried when I come in to serve, because of health issues, but I trust that God will protect me and will help me to do His work. We provide more than just food, we provide hope and love that God shows through acts of service.”

“We serve those who are in our youth program but also, kids and families,” shares Maurice “We deliver food and supplies to elderly folks who can’t leave their homes. This has expanded our outreach into the community to care for those who are most vulnerable.”

“In an effort to adapt and expand our ministry during COVID-19, we have developed our website to share information about when food supplies are offered, provide encouraging content and resources. Our plan is to continue partnering with those in our community to help not only with COVID-19 issues, but also continue helping at-risk youth to overcome the hurdles of growing up in harder times. Our prayer is to show them that they can succeed and they are not alone. “

God has called us to be disciplemakers, to make a way for those in need and be the catalyst that transforms lives by serving others as Christ loved us.

Watch a snapshot of serving others in Harlem: 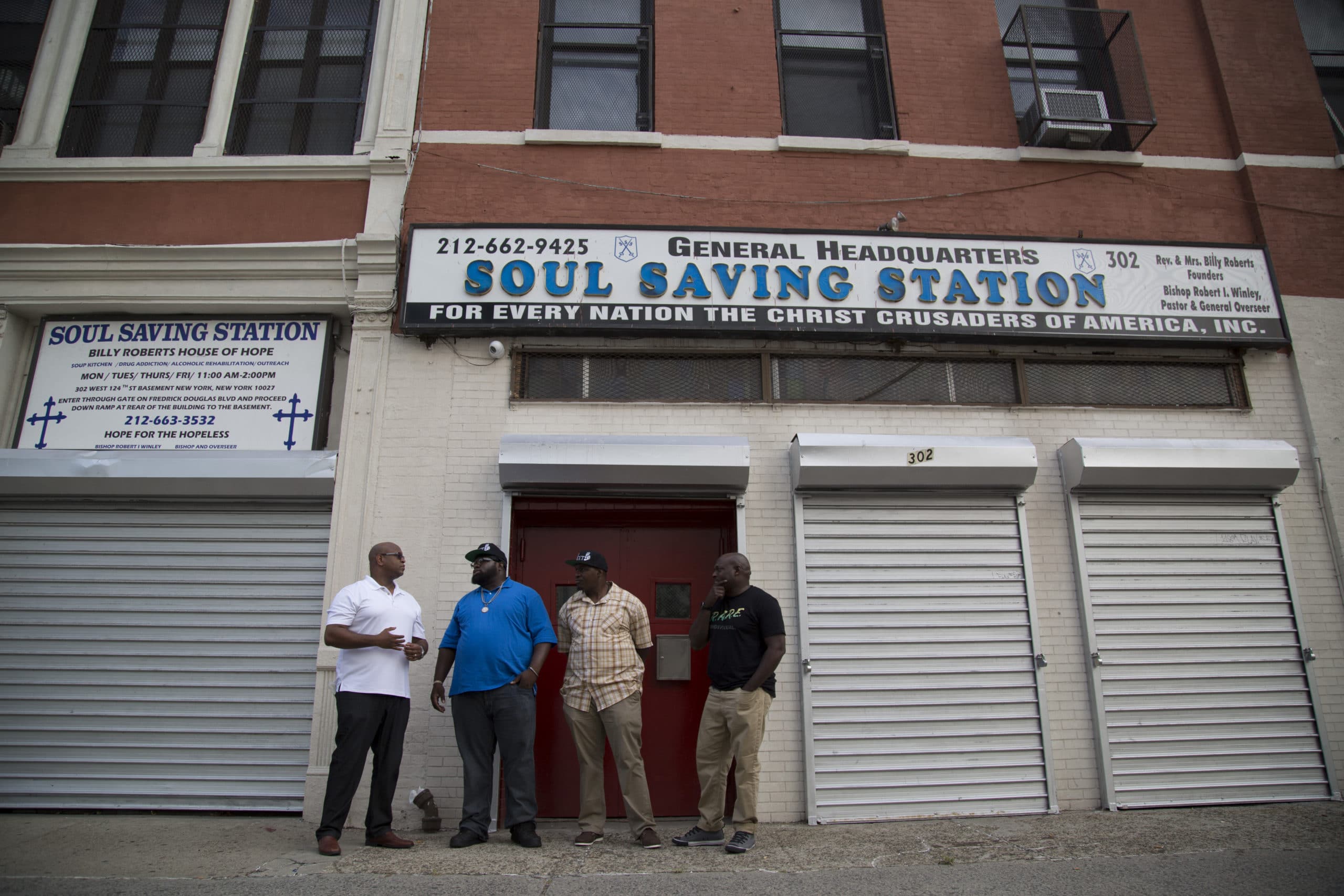