Spiritual Generations on Campus and Beyond

Navigators John and Jessica Payton have devoted their lives to seeing everyday people planted “next door to everywhere”—workers for the Kingdom bringing Jesus’ light into every corner of the world.

“During the last 17 years we have worked with countless students who have been reached, equipped, and launched from the campus, with varied vocational callings, to live as fruitful insiders among the lost,” Jessica says.

Ordinary young people, put to glorious use by an extraordinary God.

“In many ways, these ‘sent ones’ appear like many of their peers,” John says. “They work hard at their jobs, serve at church and in civic organizations, live in neighborhoods or apartments, and get married and have families. Yet in other ways they are living extraordinary lives of Spirit-empowered influence for the Kingdom.”

*Jeff and *Susan are just one couple to whom the Paytons have passed on their faith through Life-to-Life® discipleship.

“Jeff works for Boeing in St. Louis, and Susan delayed career advancement to invest deeply in immigrant families in partnership with their church,” Jessica says. “They are studying a foreign language and purchased a home in a neighborhood with many immigrants who also speak this language in order to be a light in their community. On the lookout for spiritually hungry people, they are developing friendships with Jeff’s coworkers, and Susan recently began discipling a student volunteer.”

Preston and Shelby, ISU alums, settled in the Washington, D.C. area, where Preston works in engineering.

“Six months after graduating from ISU, they joined a campus-focused church and are receiving encouragement in generational disciplemaking from a local Navigators 20s ministry,” Jessica says. “Preston and Shelby have engaged in leading and discipling college students with their church, and they remain connected to Navigators working in their city.”

What seeds are planted during these students’ time on campus that compels them to live with such intentionality?

“As freshmen, most are encouraged to read the Bible with a friend who doesn’t yet know Christ, and this skill of sowing the Gospel through the Scriptures is reinforced often,” John says. “Students are challenged to make housing decisions based on Godly values and mission, rather than defaulting to personal comfort or convenience. Many also invest a summer in a cross-cultural missions experience with profound personal impact. ‘Courage takes practice,’ and the campus is an ideal place to practice courageous life decisions.”

Jessica and John love the opportunity to invest in these former students not only as individuals but as couples.

“Jeff and Susan rented an apartment just four blocks from us, which let us overlap life in some special ways,” Jessica says. “Meals together, walks in the morning, and playing sports with our kids were a part of the discipleship relationship.”

Phil and Olivia invited the Paytons to be a part of their dating, engagement, and early marriage.

“Zoom has allowed us to stay in touch to intentionally encourage and cheer them on,” Jessica says. “We also walked closely with Preston and Shelby during their last couple of years as students and during their engagement and early marriage. We love coming alongside students and young adults during this incredible ‘trajectory setting’ time in their lives. People need champions—someone who knows and loves them deeply and who by faith will help them move toward their true identity as disciplemakers.”

For Jessica and John, who have moved on to serve with National Staff Recruiting, watching their disciples go on to disciple the next generation is a deep joy.

“Through investing in Life-to-Life relationships, God has given us a spiritual family that has been sent and scattered all over the world,” Jessica says. “We love to disciple, but it is even more fun to meet the spiritual children and grandchildren of those whom we’ve poured out our lives for. Some of them surpass us in faith and courage, and we are so proud of them!”

Pray for fruitful discipleship relationships across the world and for the gospel to shine through their lives. 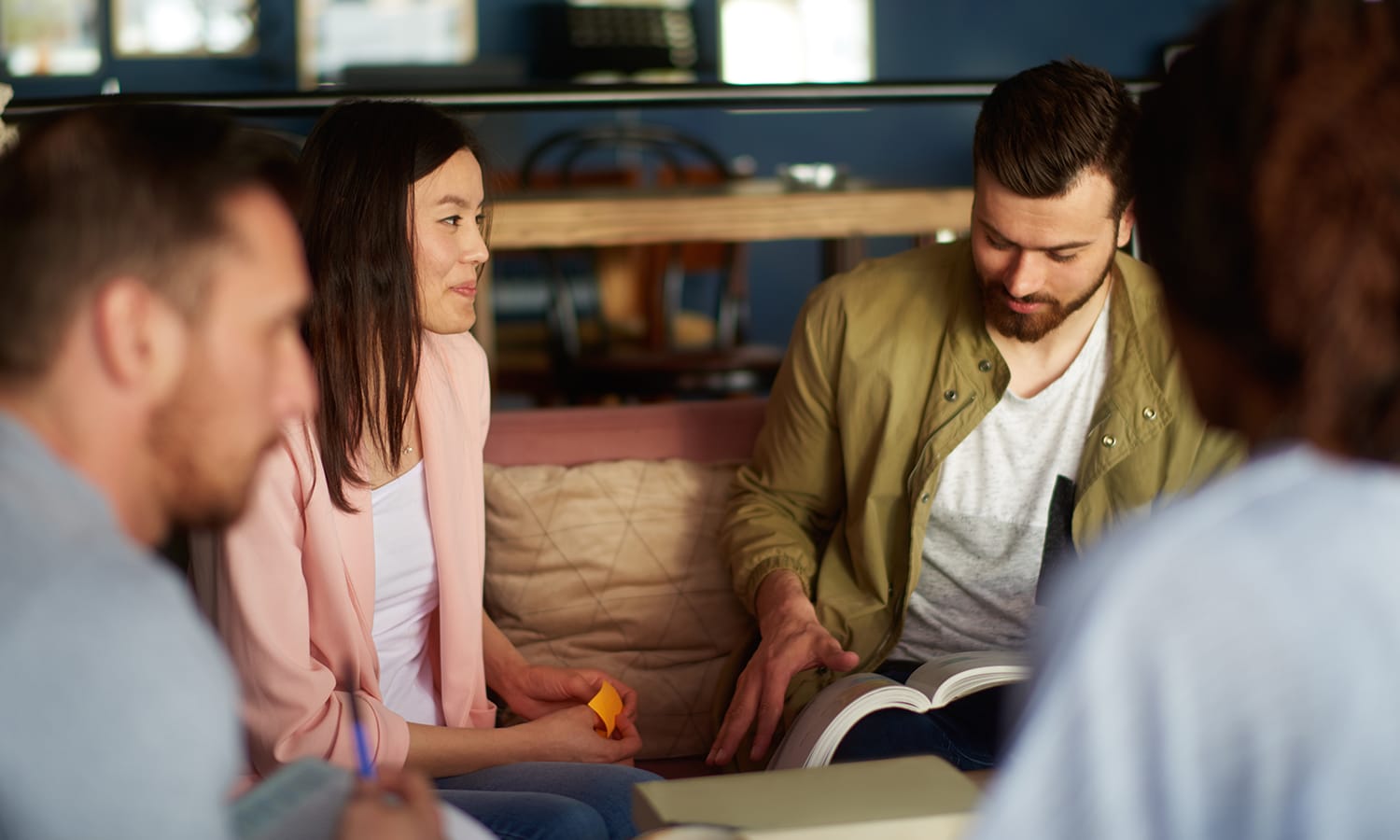