When Chris and Tra greeted each other at a Chick-fil-A, Tim Chou, Navigators 20s, was surprised that they knew each other. Tra was wrapping up a meeting with Tim, and Chris was arriving for a Bible study.

When Tra left, Tim asked Chris, “How do you know Tra?”

Chris answered, “We got in a big fight back in high school at a house party.”

Reflecting on the encounter, Tim shares, “It was clear that for both of them, they had moved from darkness to light. They were different people now, following Jesus, than they had been in high school.”

Tim met regularly with a small group of men studying the Bible together (pre-pandemic). Then small groups moved from indoors to parks, which works well in San Diego with favorable weather.

One day last summer, the Bible study Tra is part of was in a park doing a study on reconciliation and forgiveness. The diverse group of men were digging into Scripture for God’s wisdom, during a time when our country was continuing to grapple with racism and unrest. Chris happened to be walking his dog in the park and stopped to say hello to Tim and Tra. Someone in the study asked how they knew each other.

Tra responded, “We got in a fight at a party in high school.” Then he stood up and greeted Chris, giving him a big hug. They exchanged words of acceptance and forgiveness. And the group was able to see God’s Word lived out, in real life, where reconciliation is possible through following Jesus.

Tim shared, “It seemed like a significant moment, there in the park, as we were studying God’s Word on the topic of reconciliation and forgiveness. I decided to take a picture and capture the difference the Good News makes in everyday life!”

Both Chris and Tra continue living out faith in daily life. Chris is growing as a disciple of Jesus, not only applying God’s Word to his own life, but reaching out to friends and family with the Good News. Tra coaches an Amateur Athletic Union (AAU) youth basketball team called FAB—Faith and Basketball. He intentionally disciples the boys weekly at practices, prays and reads the Word with them, and most of all encourages them in their everyday life.

The men involved with Navigators 20s in San Diego are modeling that the Good News of Jesus truly is life changing.

Pray for those who are bringing the truth of Jesus and life transformation to Navigators 20s where they live, work, and play. 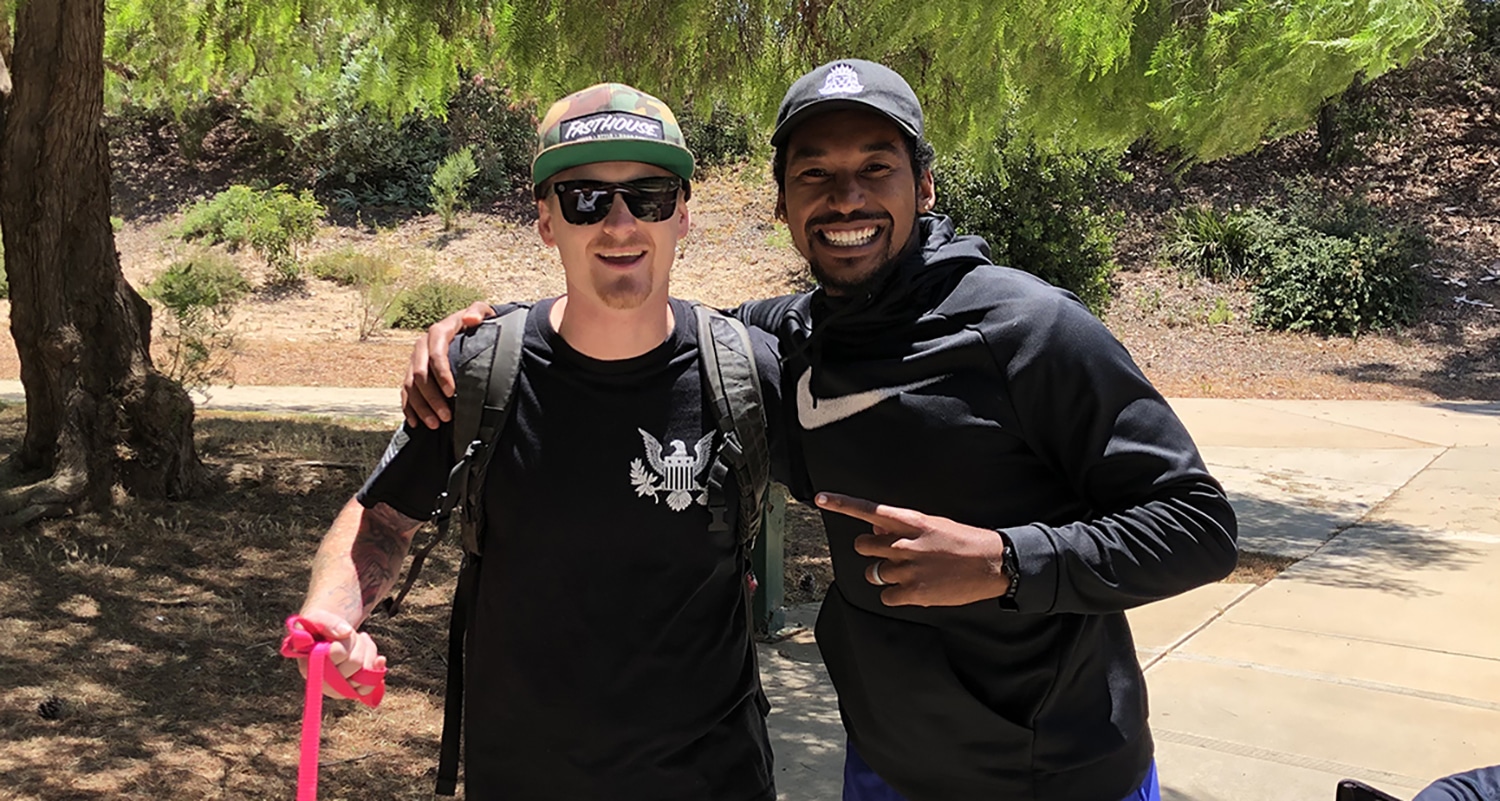