Skip to content
Go HomeBlogFaith and Football: Transformed Lives in College and Beyond

After a class with Professor Evan Griffin, Bruno went up Evan’s desk to ask a question. Bruno had heard that Evan mentored a co-captain of the University of Cincinnati (UC) basketball team. Towering over Evan, Bruno said he was interested in being mentored. Now in his second course with Evan, Bruno had worked hard in his first course, Interpersonal Communication, as he also worked on his English. French is his first language—he came from Montreal to Cincinnati to play on the UC football team.

The professor said yes, and they set up a time to meet for coffee so they could get know each other a little more. Evan is on the teaching faculty at UC, and serves on Navigators Collegiate staff, so he has unique access to pour into the lives of students.

“I was surprised when Bruno approached me,” said Evan. “When we went out to coffee, I listened to his story and learned he was a strong critical thinker, a doubter, and that he had never met a real follower of Jesus growing up in Montreal. As I explained how I mentored, I let him know that my ‘spiritual life’ (my personal relationship with God) is the center out of which everything flows in my life, so that’s the frame I use in mentoring. I told him if he wasn’t interested in that, we didn’t have to keep meeting.”

Although skeptical, Bruno agreed to meet weekly. After about six months of a weekly Life-to-Life® conversation that included truth about Jesus, lots of questions, compelling conversations, and wrestling with hard topics, Bruno made the life changing decision to follow Jesus and make Him the center of his own life!  It was awe inspiring to watch God work in Bruno’s life.

As Bruno’s life began to change, his friends on the close-knit football team started to notice. Josiah, a good friend and also a believer, was especially encouraged and emboldened by Bruno’s spiritual growth and the two of them really began to sharpen each other’s faith. In the midst of the influences of partying that are prevalent in the football culture, they helped keep each other accountable to live a life honoring God first.

Josiah was drafted last year and has continued his football career in the NFL, but the two men are committed to studying the Bible together long-distance and memorizing Scripture.

In a recent conversation about an influential Christian leader who had given in to repeated sexual sin, Bruno expressed dismay. Evan’s response: “I challenged him and said, ‘That can happen to anyone who doesn’t have a brother in their face, asking questions, calling out behaviors, being brutally honest and courageously loving in spiritual accountability.’”

Because of his friendship with Josiah, Bruno is clear-headed about the temptations that he will face as a professional athlete, even more so than in college. But he is also grounding himself in God’s Word and in spiritual accountability and friendship.

Bruno graduated from UC in December 2020 and is working toward a career in the NFL. Along with his physical preparation, he continues to prepare himself spiritually to be a life-long disciplemaker. Bruno talks about the opportunities to share about Jesus, “Over the last few months, I was able to share my faith and encourage some of my teammates and former teammates at the University of Cincinnati in their walks with God. During my pre-draft training in Nashville, I also had the opportunity engage in many ‘God conversations’ (as Evan calls them) with players from around the country and share the gospel with them.”

As Evan launches men like Bruno into their next steps after college, he continues with his vision for reaching the next generation of students and athletes. He is now meeting with two outstanding underclassmen on the football team; they are studying the Bible together and learning what it means to follow Jesus with their whole lives.

Many years ago, when Evan started at UC, he sat in the empty football stadium and envisioned it full of generations of disciplemakers. By equipping disciples to multiply as they intentionally invested in others, Evan believed that God could ignite a movement of disciplemakers. Life transformation is multiplied as, one by one, students decide to make Jesus the center of their lives and share God’s love with others. Those who continue in their life of faith after college spread the impact.

Now, after 30 years of ministry, Evan sits in this same stadium and is grateful for how God continues to call people to a life of faith. Generations of students who follow Jesus mean that vision for a full stadium of disciplemakers is closer to reality every day.

Praise God for those who are living as faithful disciplemakers in their everyday lives—as students, athletes, professors, and wherever God has placed them. Pray that they will ignite movements of disciplemakers.

Start Your Own Prayer Walk

Can you join us in praying for other students like Bruno on college campuses around the world? A prayer walk is a great way to do so. Pray together with a group or individually. You can do a prayer walk on a campus near you, or adapt it to pray in your own town, neighborhood, workplace, or school. 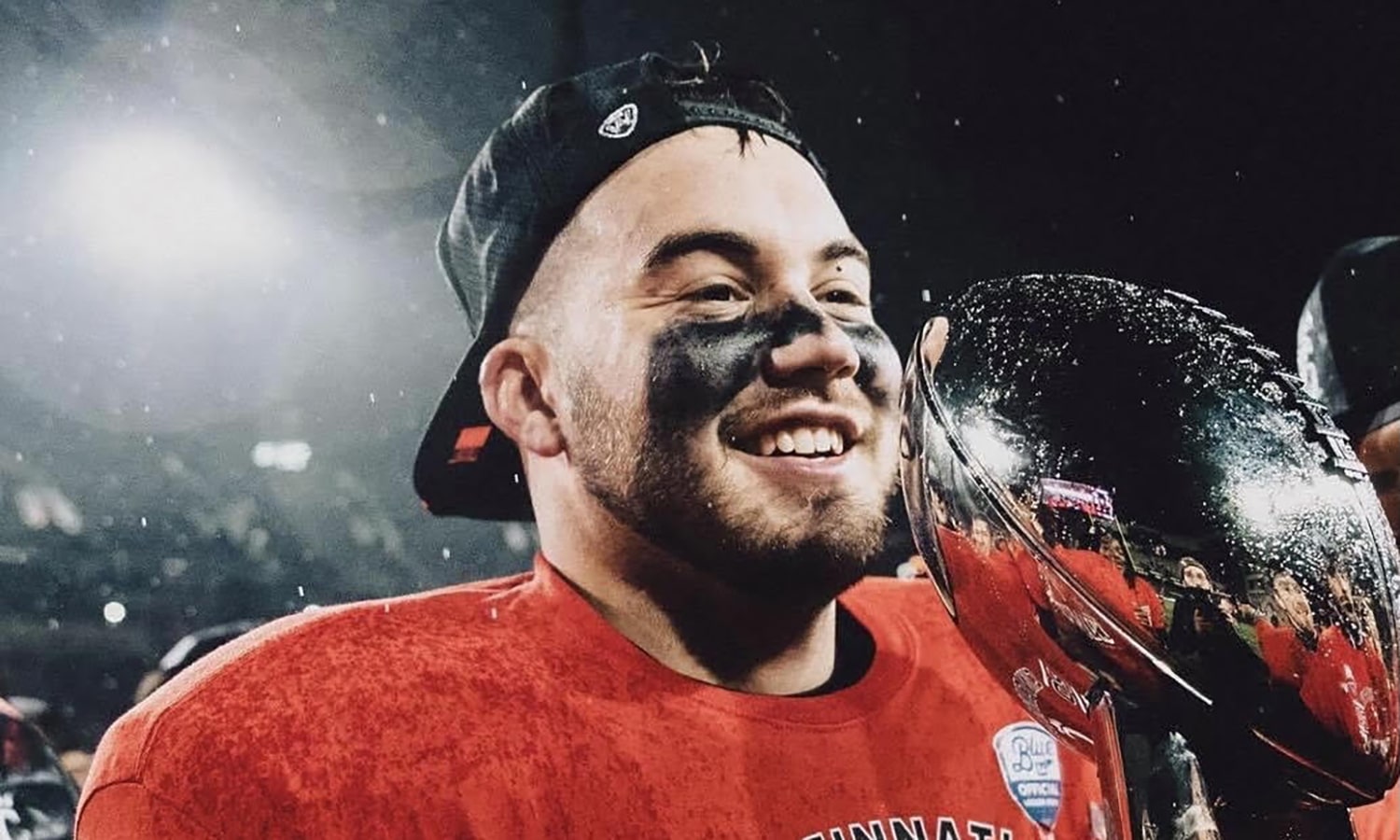