Jeni sensed that God was showing her that it was time to retire from her career of teaching high school calculus. She was reluctant. “I wasn’t ready to leave teaching,” she shares. “I didn’t want to be put on a shelf in my retirement years.”

About the same time, Jeni’s friend, Karen Warin (Navigators Workplace), had the vision to start a group that would encourage women who were disciplemakers. Karen knew that there were many women in Albuquerque who were individually meeting with others and engaging in Life-to-Life® discipleship. She intentionally gathered these women together to grow deeper in prayer, Bible teaching, and networking to better equip them in their own disciplemaking ministry.

Jeni joined Karen’s first group, which met monthly so that the participants still had time to continue discipling those they were meeting with outside the group. Then Jeni started her own group, following the model Karen had used in the first group. Jeni was teaching again, using her gifts. She thought of three people to invite as she started the group. Word of the group spread, and God brought 21 women to her home to be equipped and encouraged as disciplemakers.

“My home isn’t that big,” says Jeni. “I didn’t even know that 21 people would fit in my living room. God is doing this—how else do we explain the amazing growth in the networks of disciplemakers! It shows me that God Himself is pushing us to fulfill the Great Commission.”

As a young adult someone shared with Jeni the vision that if each Christian discipled just one or two people, we could reach the world for Christ. That made sense to her mathematical mind, and she got over her fears of sharing about Jesus and started investing in women—in making disciples. That vision and commitment has been a hallmark of her life.

Now the group of disciplemakers that she started after Karen’s group has multiplied into more groups, as two women started their own groups, and Jeni started another group, and the movement continues.

Often when the women start meeting, they are reluctant and don’t know how to take the first step in disciplemaking. “God is faithful and always brings each woman someone they can disciple,” shares Jeni.

Jane had been a Christian for her whole adult life and was skeptical about disciplemaking but decided to come to the group, thinking it was just another Bible study. She was in her 70s and had never shared her faith or discipled anyone. As the leader, Jeni started asking God what Jane needed. God impressed on Jeni that Jane needed to have practice in discipling. So, they started meeting together one-on-one and each week Jeni would take on a role of a different type of person and Jane would disciple her.

As Jane become confident in how to disciple someone, her life was transformed. She recently started leading a new group and is filled with joy, investing her life in God’s calling. Jane is also training a co-leader in the group, to further the multiplication.

Joniva was a young career woman in Albuquerque when she first connected with the Navigators. She left her full-time job and moved to Tucson, Arizona, for discipleship training. During her four-year involvement with Navigators Collegiate in Tucson, she grew a heart for the world. She went on to serve overseas. When Joniva returned to the U.S. nearly five years later, she saw people through different eyes. Her overseas experiences drew her heart to people of other cultural backgrounds. God led Joniva to Fayetteville, Arkansas, where she met international students at the University of Arkansas. That was when she met and shared an apartment with two sisters from Malaysia.

In 2019 the older of the two Malaysian sisters found Joniva on WhatsApp.

Later in 2020, Joniva joined Jeni’s third disciplemaking course. “It is just the training I’ve wanted and needed,” says Joniva. “It has given me the confidence, enthusiasm, and vision for disciplemaking as a life mission.”

In God’s timing, Jeni’s course prepared Joniva for a discipling role with her Malaysian friend. Then her friend started discipling her two nieces just in time for them to be ready for college.

In addition to meeting with her Malaysian disciple, Joniva is discipling a group of local women and a friend in Illinois. Now both Karen and Joniva meet with three different groups of women in various locations using Zoom. The focus of these groups is to develop women who want to make a difference in their neighborhoods and social circles with not-yet believers, to help move them toward a life of faith.

The call to be a disciple who makes disciples is one that offers rich purpose to everyday life. “To be used by God is a humbling and gratifying blessing,” Joniva shares. “I am merely His vessel, and I look forward with excitement and anticipation to what God will do simply because the adventure ahead belongs to Him. It is His ministry, and He is totally responsible for the outcome.”

Praise God for the multiplication of disciplemakers! Pray that everyday disciplemakers will continue to be equipped and encouraged as they respond to God’s call on their lives. 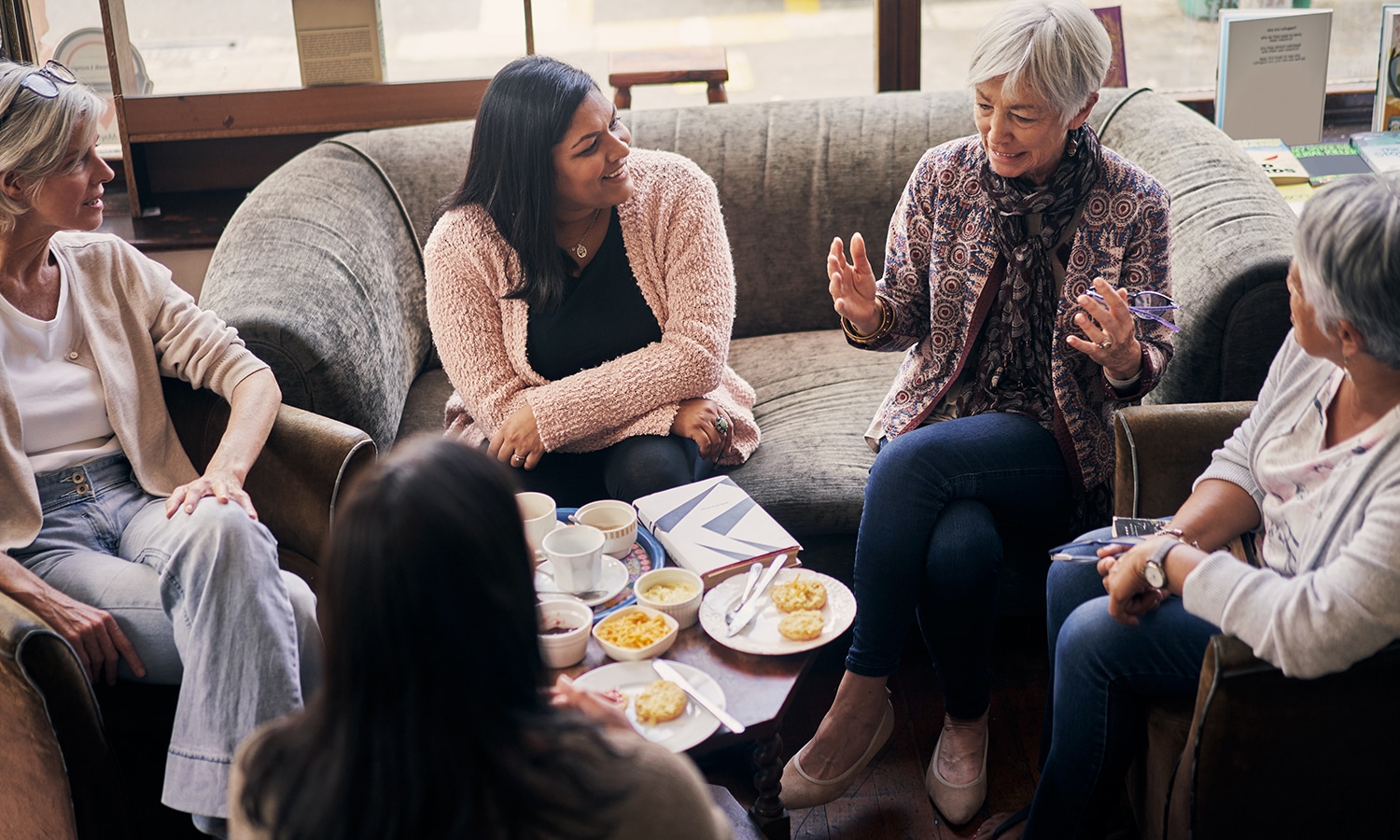