Navigators Military regularly communicates across the miles during separations. Life-to-Life® discipleship in the midst of physical distancing is par for the course during deployments.

Jamie Karmann (Navigators Military, Moody AFB, Georgia) explains how they use technology tools for connection: “We use WhatsApp for staying in touch. It includes texting along with audio and video functions. We can continue Bible studies and stay connected with active-duty personnel while they are deployed. It works great because we can talk over Wi-Fi and people don’t need an international calling plan for their phone. Guys regularly call in from their temporary duty locations and deployments to continue to participate in our men’s Bible study.” 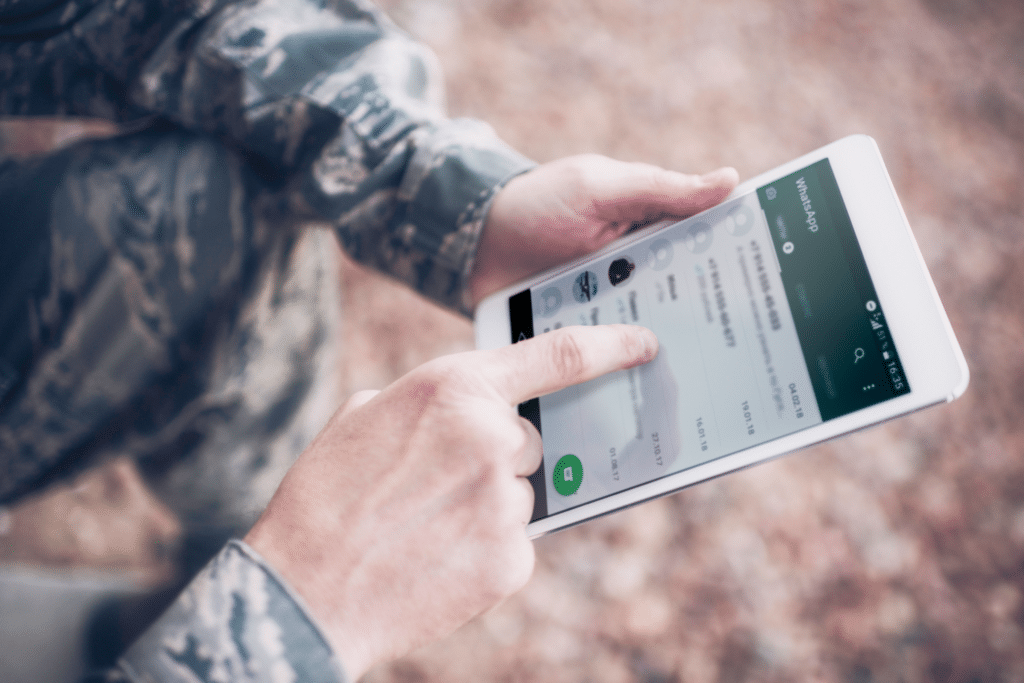 “Most recently, we started posting applications and memory verses from our James Bible study, so that we can be praying for each other and hold each other accountable even when we are not meeting face-to-face. The goal is to have a weekly conversation about observations and questions in their reading and time with God.”

Jamie uses WhatsApp to intentionally stay in touch and disciple Richard*, who was commissioned into the Air Force after graduating last year from an ROTC program at Valdosta State University (VSU). While Richard waits for his first training assignment, he enjoys growing deeper in Christ and connecting with Jamie in Life-to-Life discipleship.

Investing in the Next Generation of Disciplemakers

Jamie met Richard at VSU last year, when he and Roy Garren (Navigators ROTC) visited the campus to reach out to ROTC cadets and find any who might be interested in growing as disciplemakers.

The Navigators joined in what God was already doing at VSU and offered to start a Bible study. Little did they know but some senior cadets had been praying for a way to bring a Bible study to their detachment! In fact, Jamie and Roy had only been on campus 15 minutes when they met Richard and some of his friends. Richard had seen the need for God’s presence in the lives of his fellow cadets. Jamie and his wife, Kelli, had also been praying for VSU for four years, as they served on nearby Moody Air Force Base. God brought these people and prayers together to raise up disciplemakers on campus.

The Navigators new group emphasized teaching Bible study, prayer, and how to grow deeper in their relationship with God through Life-to-Life discipleship. From the beginning, the effort intentionally focused on building leaders from within the cadet corps, as Richard was a senior ready to graduate and move on to his Air Force commissioning.

Daniel*, a freshman cadet, became a part of the Bible study group the first year and wanted to grow into a leadership role. He planned to share an apartment near campus with a friend for his sophomore year, but those plans were abruptly changed right before the start of the school year, when his friend decided to live with his girlfriend instead. Daniel didn’t have any housing right before the start of the school year, and he knew he couldn’t afford an apartment by himself.

Again, God was already working. There was a vacancy for the Resident Assistant (RA) position on the ROTC floor in a dorm. Daniel was asked if he would like to be the RA, providing for his housing, and a position of influence with the new freshmen cadets. The Navigators Bible study continued to meet in the dorm, giving Daniel a natural way to invite freshmen.

Even though Daniel and other current leaders are only sophomores, they are already planning for the next generation of leadership. They rotate the leadership of the Bible study and give freshmen the opportunity to lead so they can continue to reach future classes of ROTC students.

One day, eating tacos and learning more about having a quiet time, Daniel shared with Jamie what a difference his involvement has made: “The Bible study during my freshman year was exactly what I needed at exactly the right time. I was in a dark place, and growing in my relationship with God moved me forward. It also made me want to lead so that other cadets can grow and follow Jesus.”

Since then, with the movement of campus activities online in light of COVID-19, even Jamie’s interactions with Daniel and the other ROTC cadets have changed.

Using technology to extend Life-to-Life discipleship is useful when people cannot meet face-to-face because of geography, as Jamie and Richard have shown. This same disciplemaking practice also works well with current limitations on face-to-face meetings due to COVID-19.

Now that so many disciplemakers are staying in touch digitally, as face-to-face meetings are on pause, the tools that Navigators Military have used effectively in the past take on new relevance.

Praise God that connection and disciplemaking that transforms lives has not stopped. Pray for an increased openness to the Good News of Jesus for those in our ROTC, military personnel, and first responders.

Thank you to all those who serve on the front lines in our military, first responders, and health care system. We appreciate you and pray for your safety during this time. 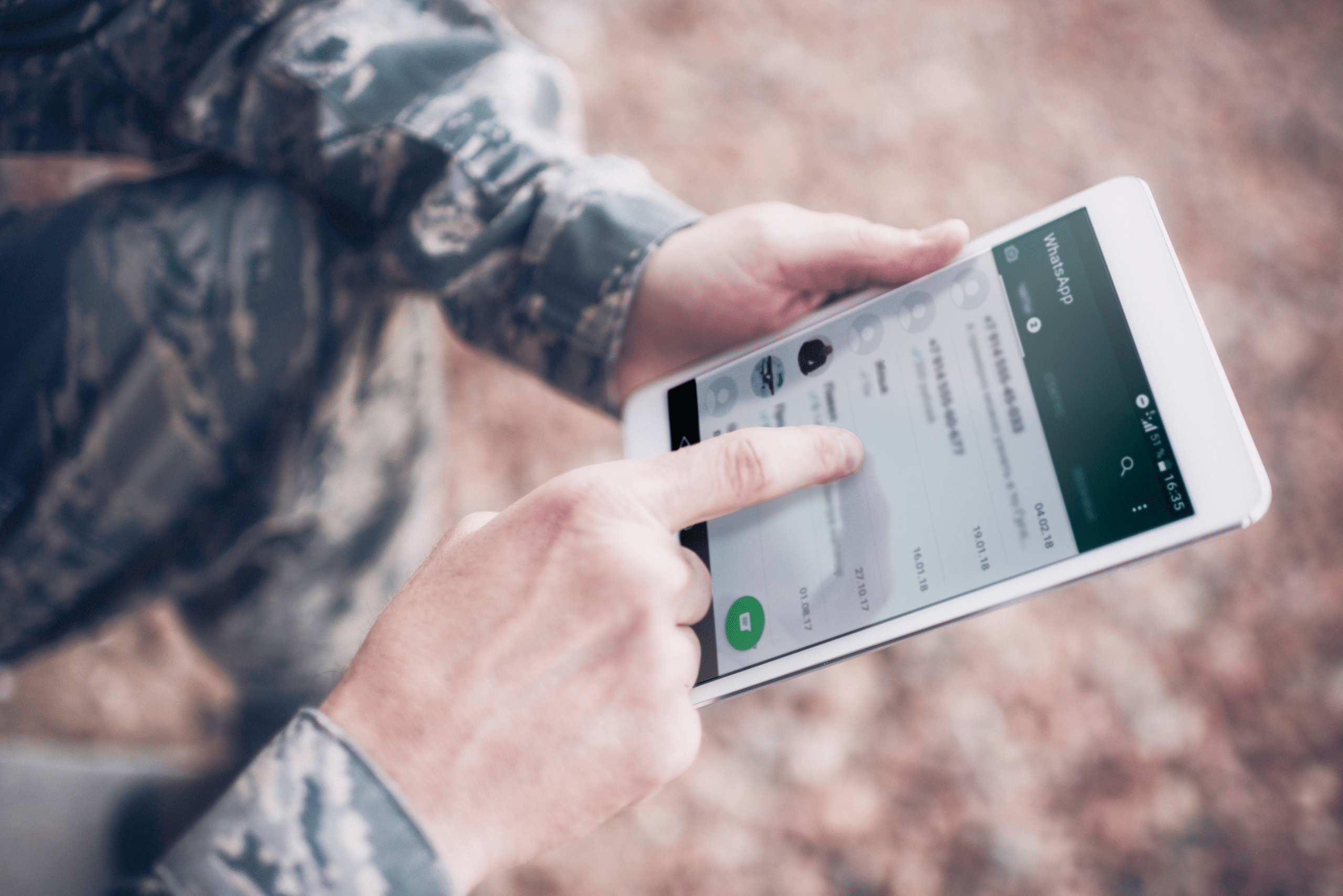