The past few years, Americans have heard a lot of talk about “the one percent”—our nation’s wealthiest citizens. There is, however, another group of “one-percenters” whose potential impact in advancing the Kingdom of God is incalculable.

Although college students make up only about one percent of the world’s population, many of the future leaders from every facet of our global society will come from this small sliver of humanity. Their potential influence can be hugely significant.

It’s no wonder that The Navigators Collegiate ministry is committed to reaching, recruiting and training college students in the United States—who can then be sent to “go and make disciples of all nations” (Matthew 28: 19).

And when you talk about college students making disciples of all nations, it’s hard to imagine a university more strategically positioned than the University of Hawaii—where Greg and Emily Bryan are preparing to re-launch a Navigator campus ministry.

“The University of Hawaii may be the most culturally diverse major university in the United States,” says Greg. “Students come here from all over the Asia-Pacific region,” he adds. “There are students from Japan, China, Singapore, Micronesia, Tonga, Samoa, Vietnam, and Thailand—just to name a few.”

That’s particularly significant when you consider that the 36 nations that make up the Asia-Pacific region comprise more than 50 percent of the world’s population. At the same time, it’s a widely diverse region. The area is home to three thousand different languages. And while two of the three largest economies in the world are located in the Asia-Pacific, so are 10 of the world’s 14 smallest economies. What an incredible place to reach people from every tribe, tongue, and nation (see Revelation 5:9).

The University of Hawaii, however, isn’t the only place where Navigator-discipled students are having a significant impact far beyond the campus. Don Allen leads The Navigators Collegiate ministry at Cal State Long Beach.

“Many of the students I’ve been privileged to disciple,” says Don, “now serve as pastors or as missionaries with The Navigators or other excellent organizations. Many more have gone into the workplace where they serve God as accountants, business owners, engineers, teachers, or to raise families.”

Don has been making disciples for 35 years, but one thing still thrills him to this day. “It’s the knowledge that God gives me the opportunity to invest in others who will serve Him in places I’ll never go myself,” he explains. “I’ve trained students who now plant churches in Albania, pastor churches in Alaska, and minister to troubled youth in Washington state.”

Navigator students on U.S. campuses learn how to live as “salt and light” wherever they go. What happens on campus definitely doesn’t stay on campus!

Some Navigator graduates take their discipleship training to other campuses in other countries to other students. That’s the basic thrust of The Navigators iEDGE program that sends recent U. S. college graduates for two years to invest in the lives of college students overseas. Currently, there are iEDGE teams in Asia, Ukraine, and the Netherlands.

Leon Keller, who works with students in the iEDGE program, is excited about the potential in these young people. “We love being a part of helping these college students,” says, Leon. “Reaching students here in the United States now impacts how we will reach nations tomorrow.”

College students may make up only one percent of the world’s population—but these “other one-percenters” will have a huge impact in shaping the world around them.

The least of you will become a thousand, the smallest a mighty nation. I am the Lord; in its time I will do this swiftly (Isaiah 60:22).
Mike Smith 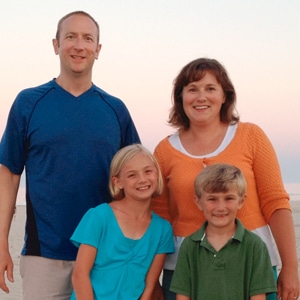