What does a lifelong laborer for Christ look like? Navigator Doug Prensner says God gave him an example.

Recently when a 30-year-old tree in Doug’s backyard toppled over, a quick look at the stump revealed that only a tiny bit of the tree was green. The rest was dry, without any life-giving sap.

Doug said God brought to mind a descriptive verse of Scripture: “They still bear fruit in old age; they are ever full of sap and green” (Psalm 92:14 ESV). “That tree also reminded me of my friend Ron*,” said Doug. “Ron is in his mid-70s and sill ministers to others—something he’s done all the years I’ve known him.”

Recently, Ron was hospitalized for 100 percent blockage in one artery. The night before Ron’s release a new roommate named Todd* was rolled into the room. After the two men talked about Christ, Ron asked Todd if he could pray for him before leaving. Ron had the privilege of leading Todd to know Christ as his personal savior. Todd couldn’t wait to share about God with friends who visited him.

“Ron’s a man who is full of God’s sap—green and bearing fruit in old age. That’s what we call a lifelong laborer—someone who is vibrant in the Lord and reproduces spiritual life in others,” says Doug.
Doug Prensner works with the Navigator Encore Group: “A group of seasoned staff fully engaged in The Navigators Calling with reduced ministry hours.” *To protect the privacy of those mentioned, the names have been changed.
The Navigators 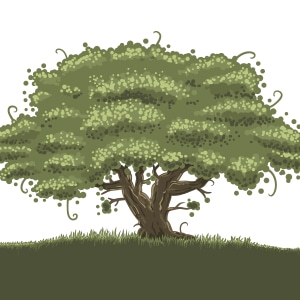