A man sat in the prison yard, a Bible laid open on his head, tears streaming.

“People come in here all the time and they say what I need to know about God is in this book,” he said. “The way God speaks to us is through what’s in this book. I can’t hear anything God says. I can’t read.”

That sorrow and desperation motivated Navigator Chuck Broughton to revolutionize his approach to ministry. 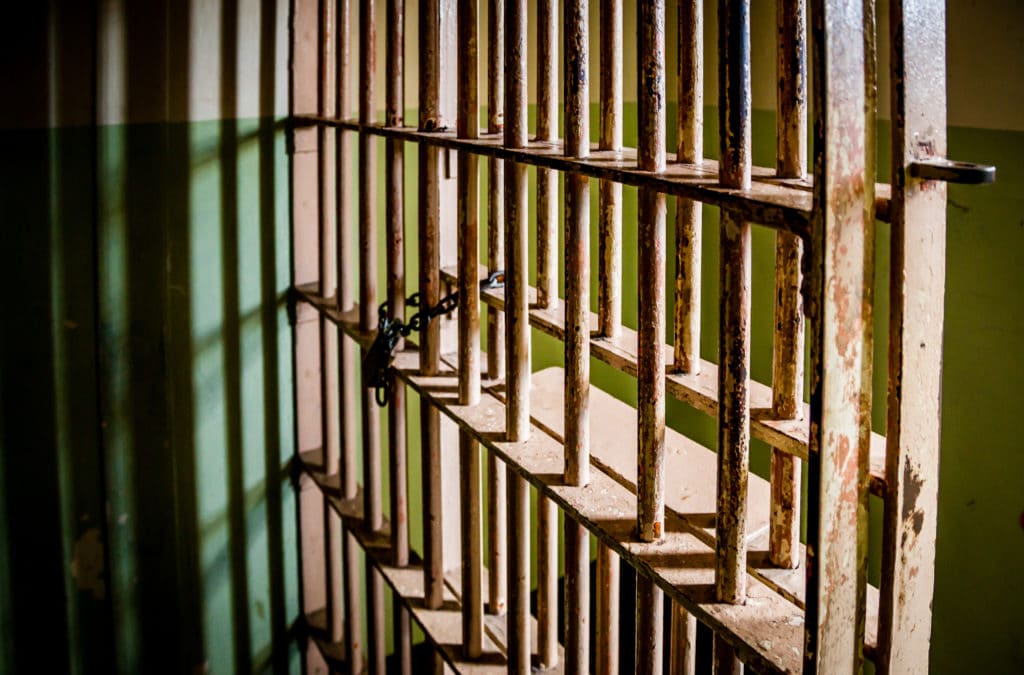 “I never thought about the idea of working in a prison,” Chuck says with a smile. “I’m as surprised as anybody else that that’s where I’ve ended up.”

In the late ’90s, Prison Fellowship was starting a project called Operation Starting Line, a joint venture with many organizations including The Navigators. At that time, Chuck was working with what The Navigators called our “ethnic ministries.”

“Because of the number of ethnic minorities in the prison system, I went to a meeting just to find out what they were going to do,” Chuck says. “All the representatives of participating ministries brought their materials and realized that they were written for middle to upper middle class, white, suburban evangelicals. They weren’t geared toward the audience we were trying to reach. The group asked if anyone had ever written Bible study materials. Having developed the Design for Discipleship (DfD) Bible studies for The Navigators, I raised my hand. They asked if anyone had put together training materials to train volunteers. I raised my hand again. I realized I was no longer going to be a spectator, but a participant.”

Chuck had four months to write the material, field test it, revise it, and have it ready to go. Later, Chuck Colson, founder of Prison Fellowship, asked him if he would develop a discipleship component for their faith-based programs around the country. He started working in other prisons in partnership with Prison Fellowship while participating in a ministry within the Navigators called Prison Discipleship Ministries.

Since those early days, working with incarcerated people has captured Chuck’s heart.

“Most of the people I meet with are not very different from you and me,” Chuck says. “Many of them did something stupid when they were high on drugs or alcohol, or somehow thought they could beat the system, or caved to peer pressure. Get them clean and sober, and most of them are just like anybody else. They want their lives to count and to change for the better. But society doesn’t view them that way. Even if they have been ‘corrected’ by the system, society often doesn’t want them corrected, they want them punished. For many people, it’s ‘lock them up and throw away the key.’”

This merciless attitude is fed by stereotypes, ignorance, and fear.

“Television portrays all the extremely negative things about prisons, so a lot of people are concerned and don’t have an interest in going in,” Chuck says. “But if I can take a volunteer into a prison, they come away with a changed attitude. It’s sort of like going on a short-term mission trip. They see what it’s like, they get a heart for the people, and they realize God can use them in that context.”

Chuck’s experience with the man with the Bible on his head pushed him into research. He soon discovered that almost 80 percent of incarcerated men and women don’t read, don’t like to read, or don’t prefer to learn and process information through reading.

“What I discovered as I continued my research is that it’s not an issue of literacy or education, but a learning style issue,” Chuck says. “About 80 percent of our society, regardless of education or literacy level, prefer to learn through what is spoken, heard, or seen. It’s part of today’s culture because of technology. Many people develop their values and beliefs and convictions not based on what they’re reading and analyzing and processing, but on coffeeshop conversations with their friends, social networking, radio, television, movies, and music.”

Chuck realized that telling Bible stories, out loud, and teaching others to do the same, proved extremely successful in the prisons, overseas, and with non-traditional learners everywhere.

Despite the modern phenomena of mass media and social networking, the concept of “oral/aural” learning is anything but new. Storytelling and oral tradition have been central to human communication since our beginnings.

“More than 90 percent of the Bible is told in stories, songs, and sayings, which is the very way non-readers learn,” Chuck says. “People in Bible times learned through the stories passed on from generation to generation. So, in a sense we are just rediscovering the approach that’s been used for thousands of years to communicate truths about God in the Bible.”

When it comes to communicating well and knowing your audience, Chuck takes his cues from Christ, Himself.

“Jesus was a master teacher because He knew His audience, and because of that, He told stories, asked questions, engaged people in conversations, and modeled what He wanted them to do,” Chuck says. “With the farmers, He talked about harvest, seeds, crops, and reaping. With fishermen, he talked about catching fish. When He was criticized and judged by the Pharisees, He knew they were educated and familiar with the Old Testament, so often He would say ‘have you never read?’ and then talk about a story that was in the Old Testament. He knew His audience, so He did whatever was going to be most effective. This approach is not just a fad, it’s an extremely effective strategy for connecting with the people of our times.”

Chuck doesn’t try to pressure people to use this approach if more traditional methods are effective in their context, but he’s passionately convinced that inmates aren’t the only people who benefit from non-traditional methods.

“Storytelling is a skill that everybody has—100 percent of people are storytellers,” Chuck says. “That is how God has wired us to communicate. Stories are easier to remember and think about. It’s a wonderful way to connect with people—it’s not confrontational, it’s conversational. It’s relational.”

In other words, it’s Navigator.

Chuck’s storytelling program centers around bringing the Bible to life. Engaging readings of various biblical stories are recorded and loaded onto small solar-powered audio units and given to program participants who earn them by learning and telling Bible stories. They learn the stories, how to tell them to others, and relate them to their own lives. They learn how to retell the stories with many forms of creative expression, including art, music, and drama. Graduates of the program often become instructors of the next generation of students.

Chuck remembers vividly the first time he helped an inmate connect personally with a Bible story, and the impact it made.

“One of my best friends is on death row in Louisiana,” Chuck says. “He told me about a family situation he was praying about, and how God didn’t seem to be doing anything. I asked if he remembered the story when Jesus and His friends started across the lake in a boat and a big storm came up. ‘Yeah, I remember that,’ he said. ‘Do you remember what Jesus was doing?’ I asked. ‘I think He was sleeping.’ I told him they woke Jesus up and said, ‘Master, don’t you care that we’re gonna die?’ I asked my friend if that was how he felt—like God didn’t care. ‘Yeah, that’s exactly how I’m feeling,’ he answered.”

The two held hands though the cell. Chuck said, loudly, “Jesus wake up! Listen to what my friend wants to say to you!”

“I probably woke up everybody in the other cells,” Chuck says. “My friend prayed, and when he was done he told me he thought God had sent me there that day. ‘I know God cares and I know He has the power to do something about it, but I’ve been focused on the wind and waves,’ he said. ‘I’ve been looking at the circumstances and I needed to be reminded of that story to get my focus back in the right place.’ I could see him putting himself into the story. I talk about this experience everywhere I go.”

In 2017, Chuck’s ministry held 101 prison trainings and visits, 19 graduations with nearly 650 graduates, and distributed about 1,300 audio units full of Bible stories. Since the ministry started, more than 3,000 men and women have completed the seven- to eight-month program, equipped to pass on God’s Word—by Word-of-mouth.

Life-to-Life™ discipleship has always been at the heart of this ministry.

“Local volunteers meet with the men and women in between my visits, and that’s where the real fun is,” Chuck says. “They build the relationships, disciple the people, pray with them, get to know them. Right now, we’re in about 25 prisons around the country. It’s thrilling. God’s stories change lives.”

Would you like to know more about oral/aural learning, Bible storytelling, and how God might use this approach in your ministry context? Contact Chuck at chuck.broughton@navigators.org. 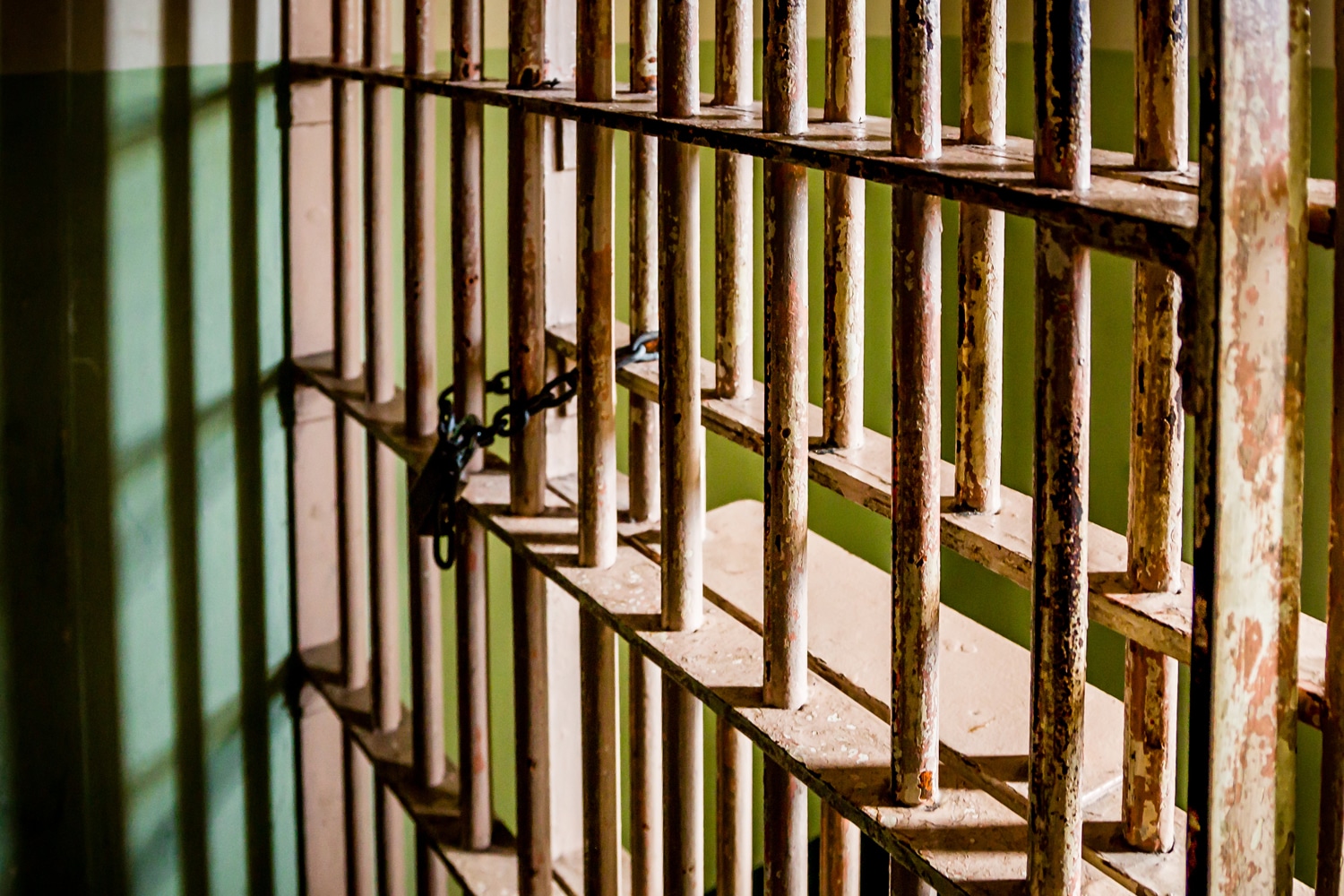