A blue machine small enough to fit in the palm of one’s hand was the center of attention last October in northern Thailand. Bill Moritz, serving in The Navigators’ Development Department, traveled there to meet with 50 Lisu pastors and Christian workers to pilot “The Romans 12:2 Discipleship Project.” 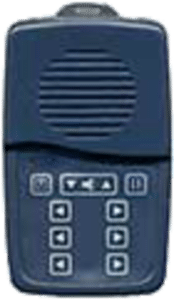 The project, which utilizes small blue recording devices, is a response to the growing number of oral learners in our world. Nearly two thirds of the world’s population, four billion people, are “oral [learners], people who can’t, don’t, or won’t take in new information or [learn] by literate means,” according to the International Orality Network. Yet, most Christian evangelism and missions programs rely heavily on literate means of communication and discipleship.

Bill first recognized the need to minister to oral learners through his work at Breanna’s House of Joy, an orphanage he and his wife, Mary, began four years ago in Thailand in honor of their daughter who died in an automobile accident. “The gospel has been heard and accepted, but the people don’t grow,” says Bill. The problem is that the pastors in these villages have only been trained in doctrine and lecture format. ”The pastors end up sharing their testimony over and over again,” Bill says.

In response to this challenge, Bill helped to develop The Romans 12:2 Discipleship Project, named from the Apostle Paul’s admonition in that verse to “be transformed by the renewing of your mind.” It uses written materials originally developed by Operation Starting Line for use in U.S. prisons and turns them into oral resources.

The Romans 12:2 Discipleship Project has three main objectives. First, it seeks to train pastors and Christian workers in techniques and methods for discipleship of nonreaders. These include such tools as storytelling, sermon illustrations, object lessons, dramas, skits, music, and small group work. Secondly, it focuses on giving oral learners a way to study on their own or in small groups. The third thrust of the program is to train nonreaders to become pastors, leaders, and workers. This will allow nonreaders to minister to other nonreaders.

The “MegaVoice” machine is the “delivery system,” as Bill calls it, for the discipleship material. It is a self-contained, solar powered machine able to hold 160 hours of recorded information. In the case of the Romans 12:2 Discipleship Project, it contains 40 hours and 20 sessions worth of information. Each session is interactive and includes Scriptures, biblical illustrations, prompts for both small group leaders and members to share stories, memory verses, and learning tools. Ideally, the program is used in a small group setting and then by individuals or families.

In October 2005, Bill spent four days in northern Thailand piloting the program. He trained 50 Lisu pastors and Christian workers, giving each of them five MegaVoice machines to take back to their villages. Each machine only contained seven lessons but the people loved it. He says, “The participants told us over and over again that they had never heard anything like this before. They were fascinated with the discipleship program on the MegaVoice machine. The constant response was, ‘we need more machines! Finally, someone is helping us do what God has called us to do!’ ”

After a successful pilot, the project has begun to take off. The program has been completed to include 20 study sessions written by Chuck Broughton, author of the Design for Discipleship Series. It has several added features as well. Twenty-one supplementary Scripture passages illustrate different styles of biblical literature and highlight important new-believer issues.

The program also includes “God’s Story” which overviews the Bible in narrative format giving the people a context for the message of salvation. Rather than thinking of Jesus’ work on the cross as simply a moment in history 2,000 years ago, people are able to see God’s work in the world from the beginning. While the gospel message is presented within the study sessions, a six to eight minute separate presentation has been added. This is designed as a witnessing tool for new believers who can have their friends simply listen to the machine.

The project has been focused in Thailand, Burma, China, and India and is being translated into Hindi and Burmese. It is also being used in the United States. According to Bill, the United States is rapidly becoming a secondary-oral nation, meaning that people can read but choose not to.

Another problem is that most Bible study material is written either for children or at a college freshman reading level; this makes up about five percent of the world’s population. The new oral program is not only targeted at a lower academic level, but it also uses native language and dialects.

After finding that most prisoners were unable to utilize the written materials given to them, Paul Krueger and his Operation Starting Line decided to use the program in prisons. In order to target the prison population, the program has now been recorded in Standard English as well as hip-hop. Work on a Spanish translation will begin in July and training for prison volunteers will begin in August.

Bill and his team are passionate about remaining culturally relevant in order to advance the gospel of Christ. “We can’t have a program or ministry that reaches only five percent of the people. Unless we advance in this area, we will be handicapped in perpetuating Christian values, ” Bill says. The program does encourage literacy but it refuses to make literacy a barrier to hearing the Good News. It also steps away from simply sharing the message to promoting interaction and small group work.

“The gospel approach works best one-to-one or in a small group,” says Bill. “We are trying to help people understand the Christian worldview. They won’t change their worldview unless they change the stories behind it. The question is, ‘how do we exchange our story for theirs?’ ”