Studying Scripture recently, I have been seeing a motivational theme in the New Testament. The authors continually motivate their audience to engage with their encouragements and instructions by reminding them of who God has remade them to be in Christ. They don’t simply say, “you should do ____” (although they should). I call this “Identity-Driven Obedience.” 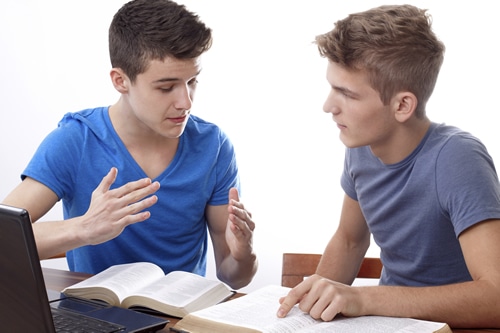 For example, in Romans 6:1–10, Paul clearly states that by faith in Christ, we have died with Him to sin and now live through Him in righteousness, concluding with verse 11, saying “you must consider yourselves dead to sin and alive to God in Christ Jesus.” Immediately following, he exhorts the believers in Rome to avoid sin and to pursue righteousness. Why? Paul is essentially saying, “You should run from sin because sin isn’t who you are anymore, you’ve died to it, and you are now righteous and alive to God, so pursue God and righteousness. As you walk with God, you’ll be motivated to obey Him.”

Let me tell you about Trevor*…

Trevor was a student essentially uninvolved in the ministry. It was the start of fall semester and I was surprised to hear that he was desperate to meet together. We met up and Trevor poured out his story of struggling with pervasive sin all his life. He shared about how, over the summer, a Navigator student community loved him to the point that he dared to share his darkest secret. As he had hoped they would, the group loved him in response and helped him to see how the Gospel breaks our patterns of sin and shame. To his joy, I received his story the same way, proclaiming the truths of the Gospel to him. I shared with him that in Christ we are no longer defined by our sin nature or sins, but by the new righteous life of God implanted in us by the Holy Spirit! This helped free Trevor from the shame-producing lie he was believing, that his Christian identity consisted of his actions.

My favorite part was that this inner transformation was spilling out of him, compelling him into ministry among others. He dove into a small-group Bible study. He began to meet with me regularly for one-to-one discipleship. He began doing cold-contact evangelism, boldly proclaiming the Gospel to the lost, even using his own “darkest secret” now as a powerful testimony. He wasn’t doing these things because I told him to – he was doing them because he was beginning to experience the Biblical principle of transformation! Trevor was learning that he really is a new creation, and his new identity motivates him to run from sin, to pursue God and righteousness, and minister to others!

Click here for a short study on some Scripture verses that exemplify “Identity-Driven Obedience.” May you be nourished by who you are in Christ, now and always, and may God lead you through His Word, more and more, into joyful purity, obedience, and ministry from the heart (Romans 6:17).