Larry Hope says his “primary ministry is among homeless men,” but he is quick to add that “I’ll minister to anyone who is open to hearing about Christ!” Larry grew up in the suburbs of Chicago and currently works with The Navigators in Chicago where he’s been involved with Uptown Baptist Church for 25 years.

Larry focuses his attention on the homeless men living in the city’s shelters. Many of these men are wrapped up in drug and alcohol use.

“I build up relationships with them and engage in Bible studies with them,” says Larry. “I help them get into treatment facilities and visit them while they’re there,” he continues, “and once they get out, we begin a regimen of discipleship.” That involves getting these men to articulate what they want to accomplish in life—and how Jesus can help them with that.

Larry described one gentleman named Mike, whom he had begun to disciple. “He was living in the shelter,” Larry says, “and I recognized that he was having a hard time living there. I felt that God was telling me that I should take Mike home with me.”

Larry was concerned that perhaps Mike wasn’t really who he presented himself to be—and might rob him. But he invited him in anyway, and five months later, Mike was doing well, saving money, and getting ready to move into his own apartment.

“His life was really blooming,” says Larry. “Mike taught me so many things when he was living with me,” Larry added. “He taught me about trust, and about being genuine with another person. I now think to myself, ‘I can’t wait until he starts discipling somebody else.’ They will get so much from him.”

Mike even began giving 10 percent of his paycheck to the church—without any prompting from Larry. “I’m really proud of him,” says Larry, “but I’m also glad I listened to God about having Mike live with me. It was a realization that I cared more about material stuff than about another human being’s welfare. That was a change in thinking for me.” 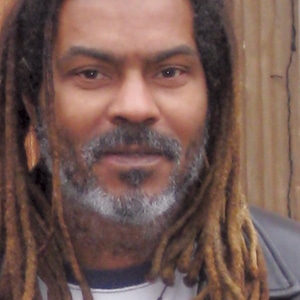