Addie Rosenbaum, staff colleague during the early years of The Navigators’ ministry, passed away August 4, 2008, in Lynden, Washington, at age 89. A private memorial service will take place at her former residence in Lynden on September 11.

Addie joined The Navigators’ southern California office staff in 1944, having become involved in the ministry while attending the Bible Institute of Los Angeles. She helped organize The Navigators’ first headquarters office and soon became the assistant to founder and president Dawson Trotman. She moved with the ministry to Colorado Springs in 1954, following the purchase of Glen Eyrie Conference Center. More than an executive assistant, Addie was entrusted with numerous ministry assignments that she completed with dignity and success. One summer, she represented The Navigators at Wycliffe Bible Translators’ Jungle Camp in Mexico. Another year, she sailed to England with the Billy Graham Team. When a ministry-use car was needed in another state, she drove cross-country to deliver the vehicle. “Most notable in my mind is the way she honored the Lord by discipling the young women who assisted her—or who were working in the office for training in their Christians lives,” says Millie Hopkins, Addie’s close colleague and roommate in the early days. “Addie had a way of assimilating the principles Dawson expounded, organizing them, and passing the truths on to others. Many young women she trained became active participants with their husbands in the ministry of The Navigators around the world.” Following the untimely death of Trotman in 1956, Addie led the precursor to The Navigators’ women’s ministry throughout the United States. “To this day, [many Navigator women] are showing other women how to find meaning in their Christian lives, having been helped by Addie’s loving friendship and training,” says Hopkins. After 22 years of an active life and ministry with The Navigators, Addie returned to her home town of Yakima, Washington, to help care for her family. Addie is survived by her sister and brother-in-law, Lois and Les Robinson, brother-in-law Earl Adams, nephews Joel Robinson and Dennis Adams, nieces Cheryl Alexander, Esther Snell, and Rebekah White, and several grand- and great-grand nephews and nieces. Precious in the sight of the LORD is the death of His saints. —Psalm 116:15 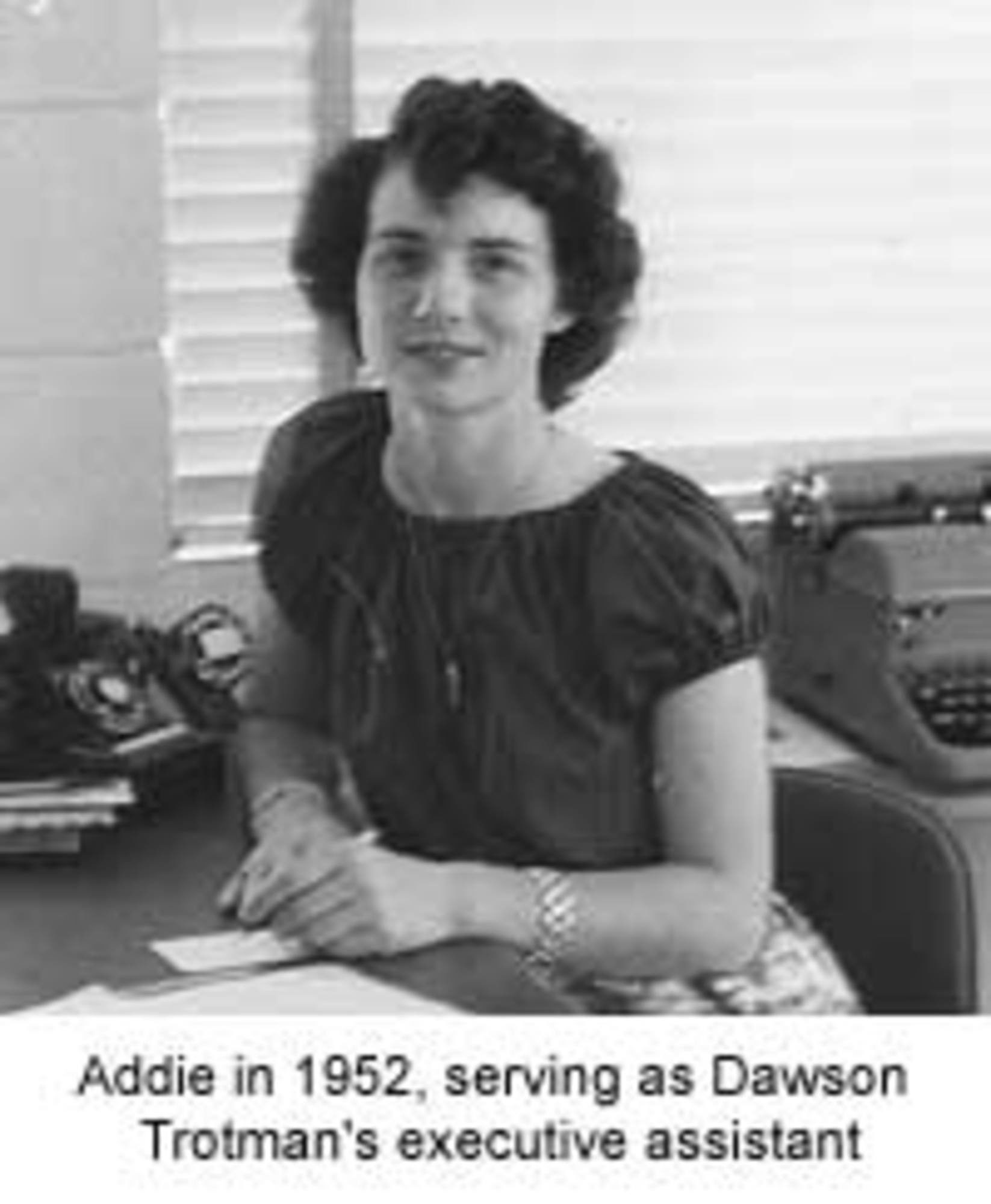