Discipleship Along the Way

Ron Koehler is clear about his mission with The Navigators. He works with midshipmen—the name given to students at The United States Naval Academy in Annapolis, Maryland—seeking to live out his part in the Great Commission described in Matthew 28:19, “Therefore go and make disciples of all nations . . . .”

“I had always been told,” says Ron, “that the phrase, ‘Go make disciples’ could actually be translated more accurately: ‘As you are going, make disciples . . . .’ Not long ago, I had a taste of what that means.”

The first Wednesday of every month Ron participates in what he calls the “Ironman Breakfast” at the Double T Diner near the Naval Academy. “The name Ironman,” Ron says, “comes from the fact that I have to get up at 4:30 a.m. to be there on time.” When you’re dealing with the demanding schedules of midshipmen, officers, and those who work in the Washington, D.C., area, you meet when they can—and Ron does it gladly.

Over the years that Ron has been involved in these “red-eye” breakfasts, God has deepened his relationships—not only with the men who meet with him, but also with his regular waitress at the Double T.

“One morning,” Ron says, “our waitress asked us to pray for her youngest daughter. After we bowed our heads and prayed, she returned to thank us and to tell us that seeing us pray made her feel good.”

It wasn’t the first time Ron and his friends had prayed for the woman. “She told us that she had seen results on previous occasions when she’d asked us to pray for her,” explains Ron, “and she also shared that she is a Buddhist and a proverbial worrier.”

That reminded Ron of a verse he had memorized. “I wrote: ‘Cast all your anxiety on him because he cares for you’ (1 Peter 5:7) on a napkin, and gave it to her, explaining that it was a ‘saying’ that I’d found particularly helpful,” said Ron. “I then explained to her that this ‘saying’ came from the Bible, and that it encourages us to cast our anxieties on Jesus, because He really does care about us.”

Ron’s Navigator job description may call for him to minister to midshipmen at the Naval Academy, but the charge to “go and make disciples” is broader than that. “I realized that as I was going,” says Ron, “God had given me the opportunity to plant some seeds that I trust He will use to help these two women become His disciples.”
The Navigators 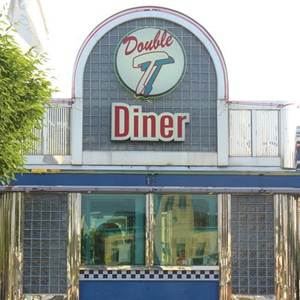