Skip to content
Go HomeBlogPrayerAnswers to Prayers at Fort Bragg

Ben and Betts Kayser take the “everyday life” aspect of Life-to-Life® discipleship to another level. Part of their investment in helping others to know and grow in Christ is literally living together. Ben and Betts Kayser, and their 7 children, purposefully open their home to soldiers at Fort Bragg. These aren’t just people who need a place to stay and low rent; they prayerfully consider who God is leading them to invite into their lives. During some seasons it has been single men, sometimes single women. They are faithful people of proven character.

Adam* lived with the Kaysers for eight months. There he caught the vision of living out discipleship in daily life—spending time in the Word, in prayer, and in fellowship to grow closer to Christ and help others grow. When Adam moved out, he intentionally created a “ministry pad” where he invited single men to live together as growing disciples. Now, after a year, this group of men is creating a culture of deep discipleship among other single men. 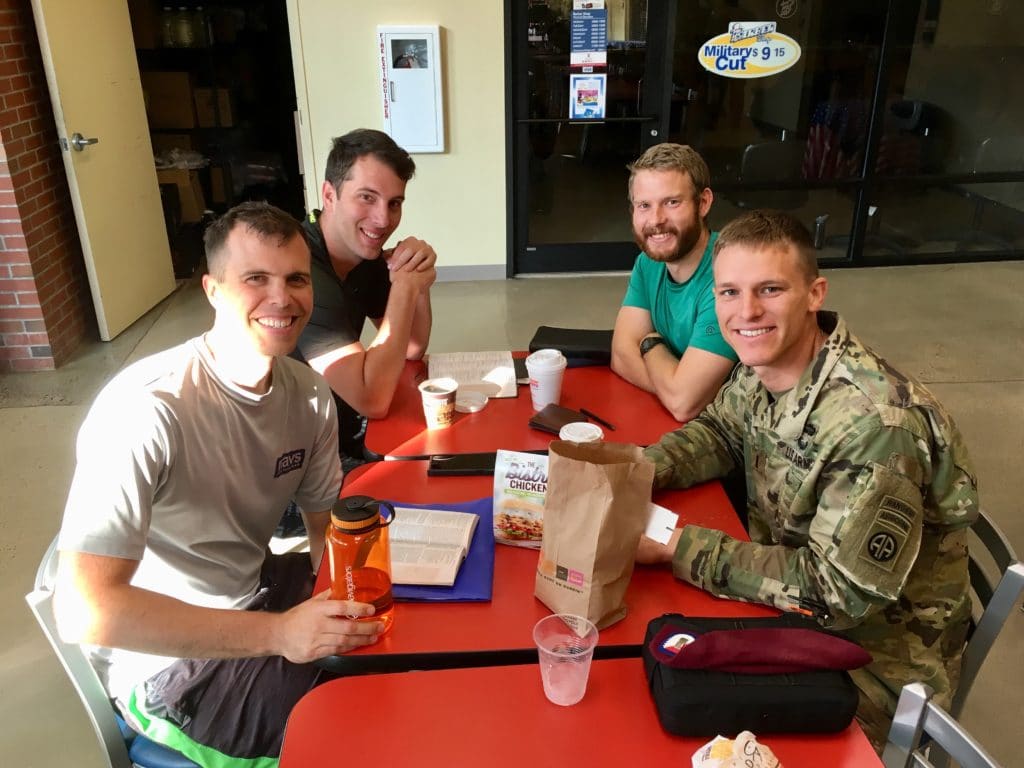 Ben Kayser and the Navigators Military team at Fort Bragg pray for more disciplemakers like Adam to impact this large base with 60,000 active duty soldiers plus families. Ben’s prayers have changed over the years: “The first few years, we were excited about discipling people and sending them out. But it felt like we were starting over in the ministry every few years. So we changed our prayers to ask God for more people who want to know Christ, make Him known, and help others do the same®. By investing deeply in a few disciples who will invest in others we can reach Fort Bragg, the Army, the nation. and the nations!”

God is answering their prayers through the movement of seasoned, mature Christians back to Fort Bragg—both active duty personnel and Navigators staff. Andy and Ballard Orr have recently come on staff with Navigators Military and are living in a new home in the Kayser’s backyard. A home that was built through prayer (see below)!

Andy Orr started discipling Carl*, a young enlisted man who is a natural leader. Ben could see the need in Carl’s life, but Ben was discipling others and didn’t have time to invest deeply in Carl. Andy spent days in prayer with Carl, working through tough family background issues so he could experience healing in his spiritual journey.

God’s provision of new staff and mature Christians offers more capacity for discipleship. They can follow-up on the new soldiers who start coming to Bible study every week!

A friend suggested that the Kaysers pray about building a house in their backyard as a base for discipleship training. Ben thought the idea was crazy! There was no way the Homeowners’ Association (HOA) would approve, or that they could raise the money. But God had another idea. As Ben prayed, he noticed the verse on a world map on the wall of their home—

Enlarge your house; build an addition. Spread out your home and spare no expense! For soon you will be bursting at the seams … (NLT). 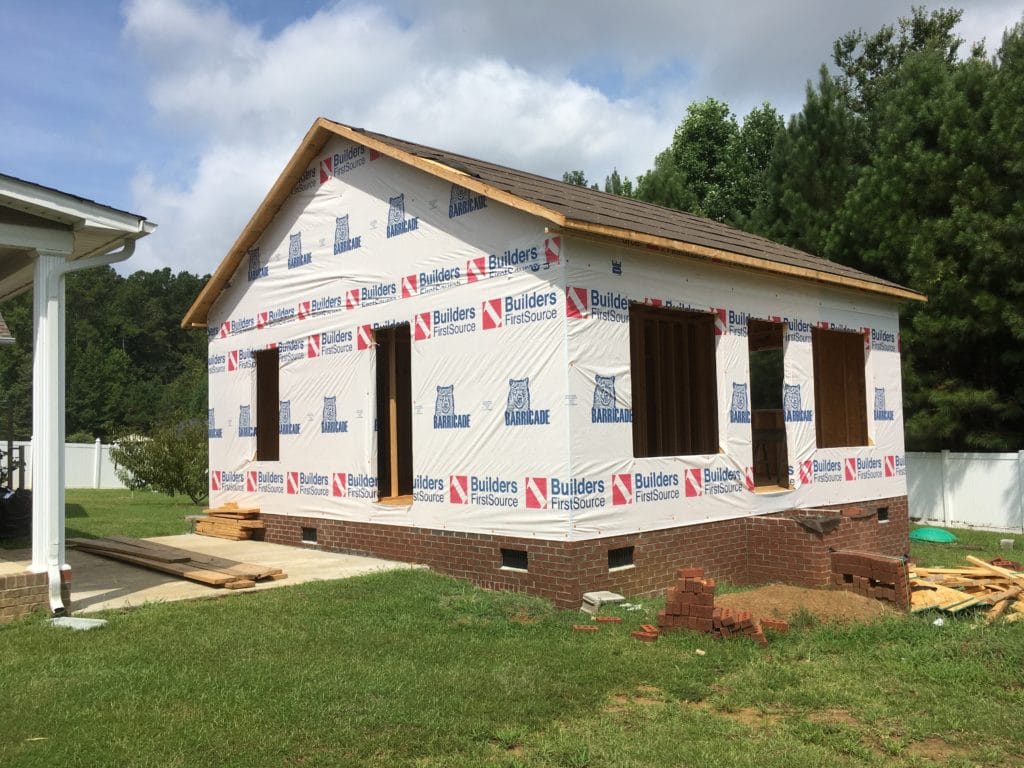 Miraculously, the HOA approved the plan and funds were raised in a few weeks! Now the Orrs are living in the home and intentionally investing in more soldiers at Fort Bragg. The Kaysers are prayerfully considering future ministry from this home base. 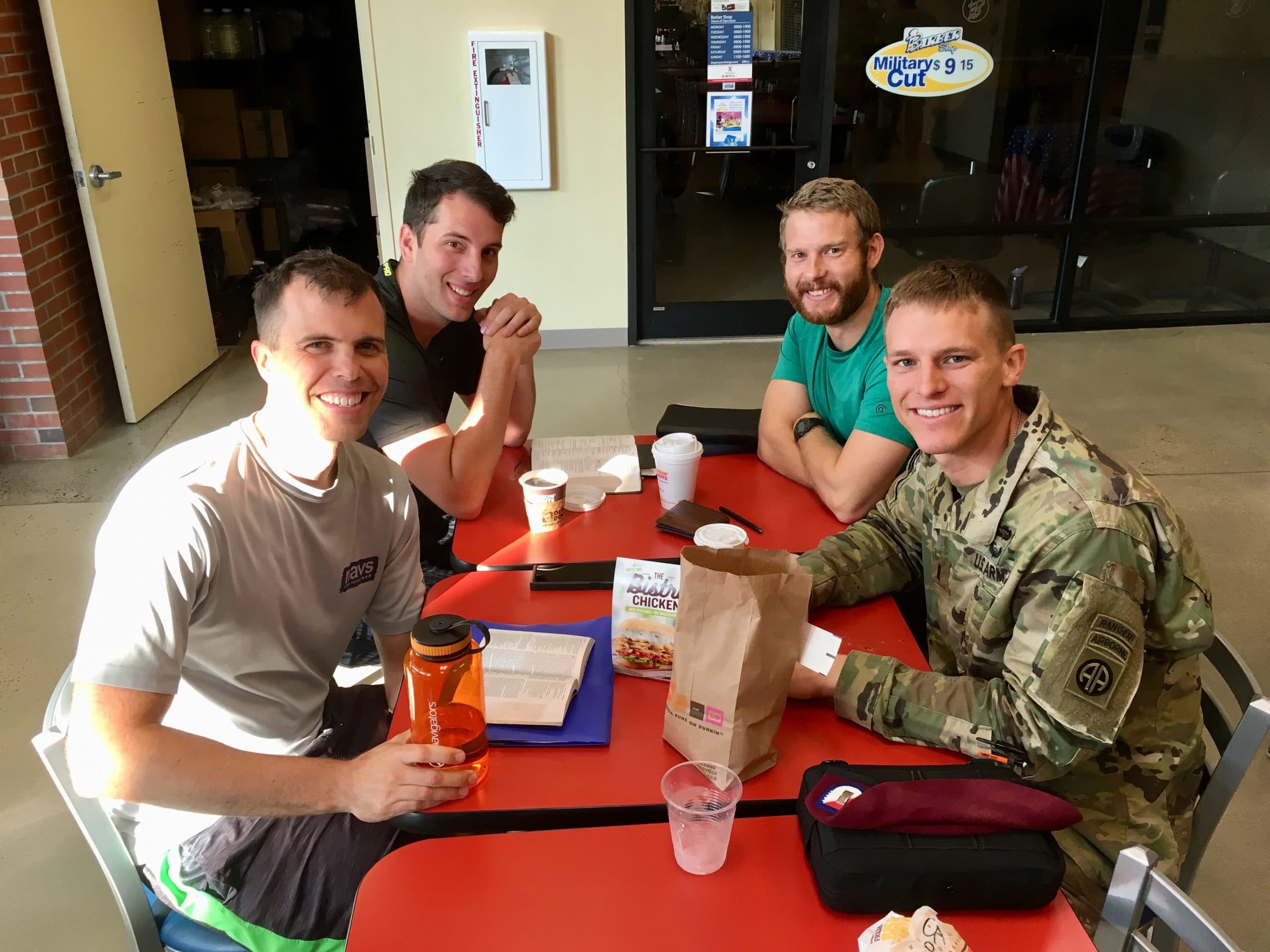