For much of his freshman year of college, Santhosh Ebenezer (pictured below) wanted anonymity, to get absorbed by the students filling the Quad or walking down Halsted Street near the University of Illinois campus in Chicago. 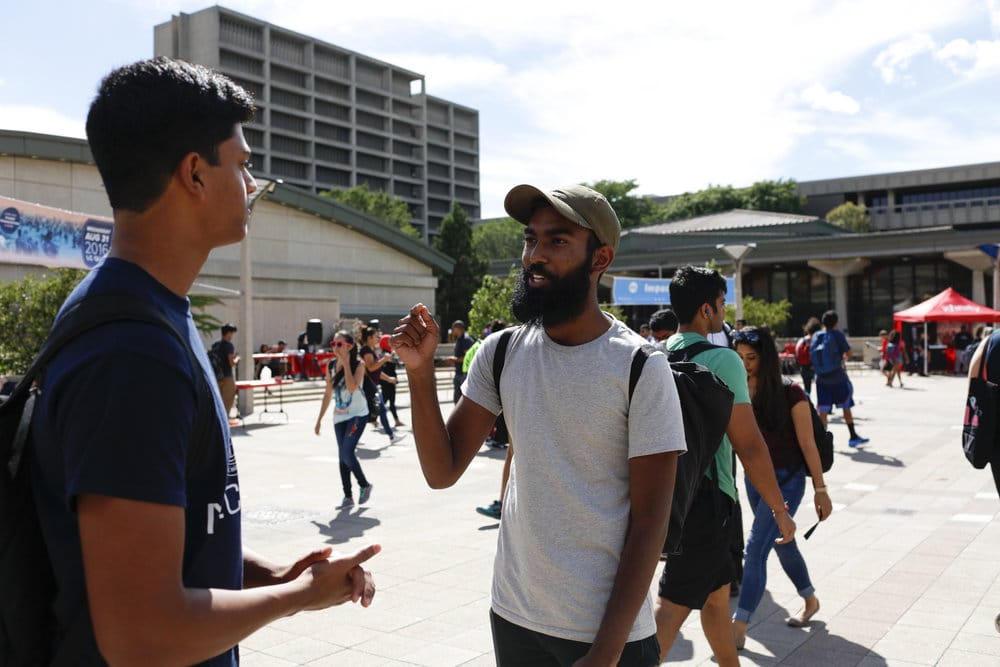 He had graduated from a private Christian high school with a class of 21 kids, but within months, he had started classes at one of the state’s biggest universities, where he could fade into the background. At a school of 30,000 students, he felt isolated.

“I had this plan drawn out for myself: I was just going to lose myself in the crowd,” Santhosh says. “I was absolutely overwhelmed.”

Mirroring the ethnically diverse population at UIC, Santhosh was born in Oman to a dad from Chennai and a mom from Tiruchengode, both Tamil-speaking cities in India. At UIC, he’s studying Spanish, in which he’s fluent, as well as economics and linguistics.

Santhosh made a group of friends on campus who were mostly Muslim. Because of these friends, he began to examine his own Christian faith. “My experience in interacting with people who believe differently than me helped me evaluate why I believe what I believe,” Santhosh says. “I could have gone to any other source to figure that out or do self-searching, but I knew the one place I had to go back to was Jesus.”

He found clarity in his faith on the day of a student fair in August 2015, when he met Collegiate Navs. At a table with free sunglasses and T-shirts, Santhosh shook hands with Nav staff and student leaders. He filled out a survey. Under a question about faith, he checked Christianity.

Later that day, he got a text from Matt Podszus, the director of Collegiate Navs in Chicago, who invited Santhosh to a discussion group for commuters.

Says Santhosh, “It was really my encounter with Navs, this divine encounter that God had made, for me to get to meet them at their table, for me to get in touch with Matt, that my isolation was cured. I now have a family here on campus.”

Santhosh now helps lead the commuter Navs Encounter group, which meets twice a week, to point other students toward faith in Jesus.