Seventy-year Navigator veteran Morena Holmes Downing, 93, went to be with her Lord on February 9, 2010. A celebration honoring her life took place February 13 in the Great Hall at Glen Eyrie Castle, home of The Navigators in Colorado Springs, Colorado.

Born in 1916 in Batesville, Arkansas, Morena Holmes gave her life to Christ as a young girl. At age 20, during the Great Depression, she moved to California with no money and enrolled in the Bible Institute of Los Angeles (now BIOLA University). For the next four years, she lived by faith from day to day, having no steady income.

The Navigators’ founder, Dawson Trotman, recruited Morena to lead and develop study materials for a high school girls’ Bible club in the late 1930s. At her 1940 graduation, at which she was a commencement speaker, Morena caught the attention of Jim Downing, a U.S. Navy Gunner’s Mate and key Navigator leader in his fleet of ships.

After graduation from BIOLA, Morena spent a summer doing ministry work with Child Evangelism in rural Arkansas. She then returned to southern California to work for Dawson and Lila Trotman in their Long Beach home. Dawson encouraged his friend Jim to court Morena, calling her “one of the three or four most outstanding women [I’ve met] in the years of my Christian life.”

Jim and Morena announced their engagement on New Year’s Eve, 1940. At that time Jim’s home port was Pearl Harbor, Hawaii. Their Navigator friends collected $43 for Morena to travel there by passenger ship. A few days after her arrival, on July 11, 1941, Morena and Jim were married in Honolulu.

The two were hosting breakfast for some Navigator servicemen six miles inland the morning of December 7, when Jim’s ship, the USS West Virginia, was bombed and sank in Pearl Harbor. As Jim raced to defend his shipmates from the attack, Morena exhorted him, “The eternal God is thy refuge, and underneath are the everlasting arms” (Deuteronomy 33:27).

Jim survived the attack and began working around the clock in the aftermath of the bombing. Morena gave blood and did whatever she could to support the new war effort. On Christmas Day, she boarded a ship to return to the mainland. Prior to her departure, she had just a few minutes to say goodbye to Jim through tight security. She would spend the next 18 months separated from him and wondering if she would ever see him again. Jim later described it as “the saddest moment in our lives.”

Returning to her hometown of Little Rock, Arkansas, Morena became a local champion for war bonds, speaking at numerous luncheons and banquets. She initiated Bible studies at the Women’s State Prison of Arkansas and developed a lifelong compassion and concern for incarcerated women.
Jim and Morena reunited in 1943 and moved to Washington, D.C., where they continued to organize and lead Bible studies for the next three years. They initiated the formation of the American Officers Christian Union, now known as Officers Christian Fellowship, and Morena led a ministry for area servicewomen from all branches of the military.

The Downings next fulfilled a one-year assignment in Puerto Rico, then moved to Norfolk, Virginia, in 1947. There Morena began a women’s discipleship group at Tabernacle Church that later grew into a citywide Bible study movement. When their family returned to Virginia in 1955, Morena was invited to teach Bible classes for the entire student body of a segregated African American school in Virginia Beach.
Other Navy assignments included Long Island, New York and an additional two-year stay in Pearl Harbor, Hawaii. During their years in the Navy, Jim and Morena led Bible studies and discipleship groups among local servicemen and women in each location. The Navy years also saw Morena give birth to six children (their seventh child, Joy, would be born in 1960) and manage as a single parent whenever Jim’s ship was away at sea. She would often travel long distances alone with the children during family moves to new assignments.

A few months after Dawson Trotman’s death in 1956, Jim retired from the Navy to officially join Navigator staff and move to Colorado Springs, where he and Morena would serve as ministry leaders for most of the next three decades. In 1966, Morena founded the Colorado Springs chapter of Bible Study Fellowship. Over the next 12 years, several thousand women completed her Bible study courses. She also began weekly Bible studies at Colorado State Prison for Women in Canon City, recruiting a dozen area women to assist her as Bible study leaders.

In 1978, the Downings moved to London, England, for three years to oversee Navigator ministries in Europe, Africa, and the Middle East. Their last salaried ministry assignment was a return to Washington, D.C., in 1981, where they were involved in numerous Bible studies, as well as the National Prayer Breakfast. As in other locations, Morena led a Bible study for 40 senior officers’ wives.

In 1984, Morena and Jim returned to Colorado Springs, where they became volunteer staff with The Navigators’ Collegiate Ministry, a ministry Jim continues to this day. Morena’s public speaking and teaching ministry ended abruptly in 1986, when a brain tumor damaged some of her speech fluency. Ever gracious and grateful to have survived the illness, she would often write, “I used to talk to people about God. Now I talk to God about people.”

“We talk a lot about laying foundations,” says The Navigators’ international president, Mike Treneer, who has worked closely with the Downings since the mid-1970s. “Morena was a key part of our foundation for the Gospel.”

“She was a gifted Bible teacher whose insights into Scripture were profound,” says Mike’s wife, Chris. “Her infectious love for the Lord and great love for His Word has often spurred us on and encouraged us during difficult days. Morena is one of the great heroes of the Navigator movement.”

Morena is survived by her husband of 68 years, Jim; their children, Marobeth, Jonathan, James, Joseph, Donald, David, Joy, and their spouses; nine grandchildren, two great-grandchildren, and countless thousands of friends. Her bright spirit and strength of character will be keenly missed by everyone who knew her.

You may also listen to messages by Morena on Discipleship Library. 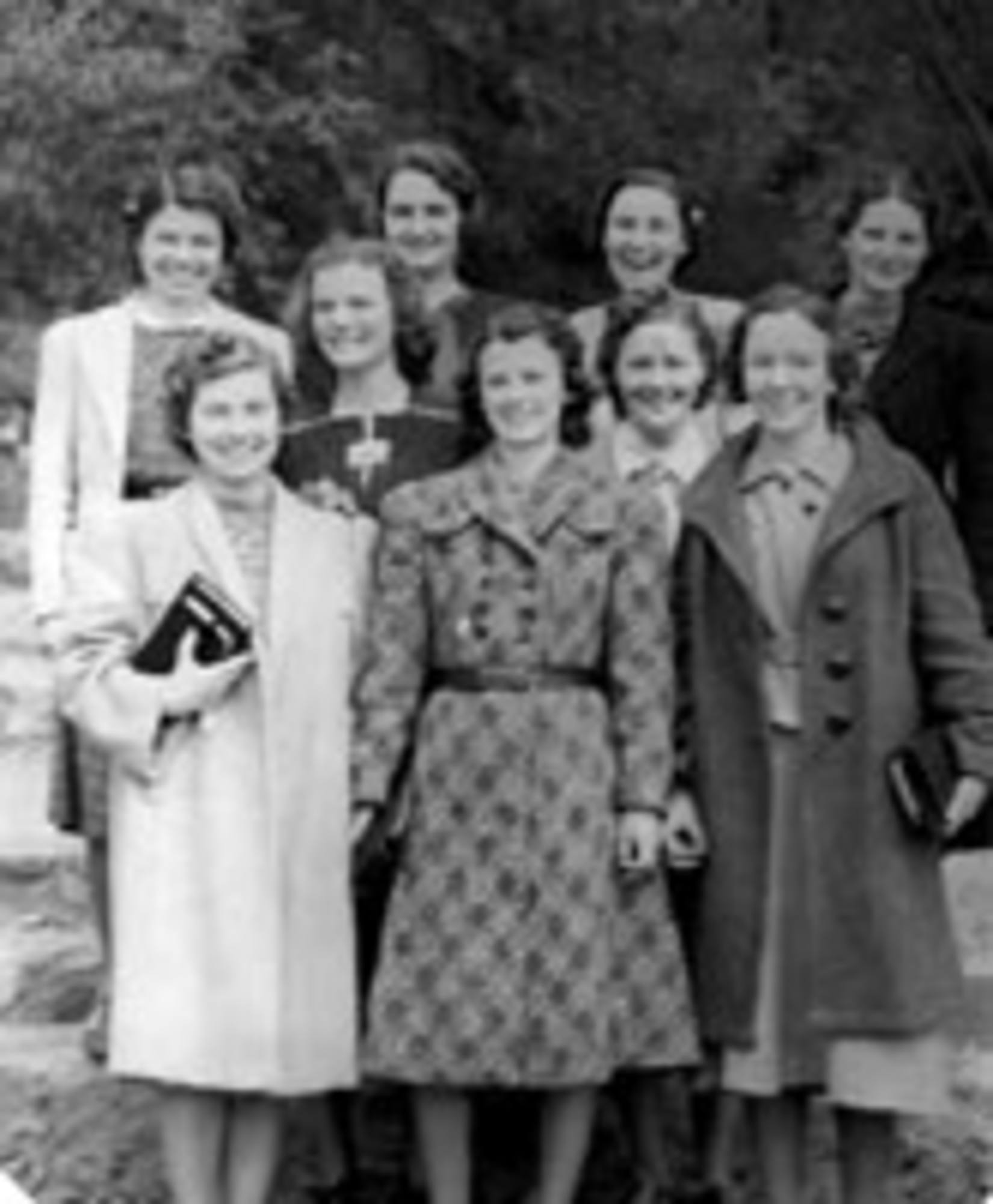