During college at North Dakota State University, God worked in amazing ways in Emily’s life. Things started off well for Emily, then went sour. This is Emily’s story:

During my first week as a freshman, I met Nicole, Navigator EDGE Corps staff. Instantly, I felt part of The Navigators! 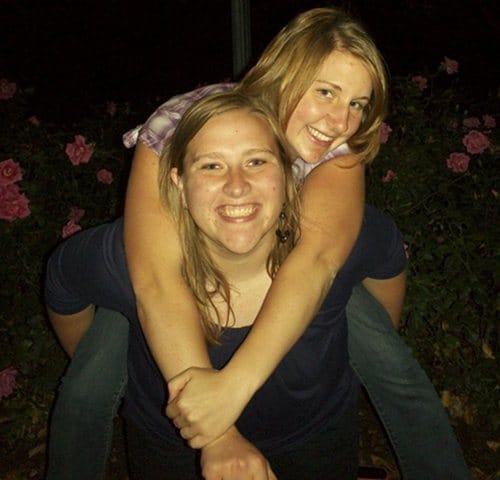 Navs became my family away from home. I formed amazing friendships, got to be involved in Bible study with Nicole, and was mentored by Nicole. She challenged and encouraged me in walk with the Lord.

At the end of my sophomore year, I decided to change majors. That also meant changing schools, which I did not want to do.

Finally, I choose the University of Wisconsin-River Falls (UWRF). I was excited when I later learned that Nicole was also moving to UWRF for her new Navs assignment! We decided to room together.

Leaving friends and transferring schools was very difficult. Yet I was excited to get involved with Navs again. However, I got a job that required me to work the same nights as Navs activities. I could not make new friends in Navs as before. But I needed that job.

Inside I became angry at God. Why did He move me to UWRF? In my festering anger, I turned away from God. I felt like He had “left” me. Some new friendships led me to worldly things, drinking and complete disregard for what God wanted for me.

Later that year, another Navigator staff, Rachel, began meeting with me. She challenged me to turn away from my sin and seek Christ. Eventually, I did.

As a senior, I decided to be part of the Navs student leadership team. That was one of the best decisions I ever made! Here was the community I had been wanting. They challenged, encouraged and supported me in my walk with Christ. Together, we were running the race for Christ. I also got to co-lead a Bible study.

Through that study and through Navs, I am thankful for so many amazing friendships that are centered on Christ. God has taught me so much! Things like:

I shall miss my wonderful college friends. Yet I know that wherever God leads me, He will protect and provide for me. I can trust Him with what is ahead.