Navigators John and Beth Starke have a winning strategy. It works almost every time. “We’ve put a lot of thought into this,” John says. “You’ve got to be relentless. If you’re patient and play your cards right, you’ll wear them down eventually.” Thankfully, John isn’t talking about methods of evangelism; he’s talking about playing board games. “Beth and I are avid players,” John says. And it was due in part to playing board games that the couple was able to help introduce their friends, Scott and Megan, to Christ.

John and Beth, who serve with Nav20s (The Navigators ministry to young adults) had lived in their apartment complex in Austin, Texas, for about two years before Scott and Megan moved in. John exchanged a friendly smile with the new young couple, and that was the end of their interaction.

“Beth and I wanted to get to know our neighbors better. But we were embarrassed to talk to them because we could never remember their names!” John admits sheepishly. After years of saying little more than a polite hello in passing, John decided it was time to get to know his neighbors, but he needed a way to break the ice. God provided that icebreaker in an unlikely way: puppy love. Well, kind of . . .

“One day, I was taking a walk with our Great Dane, Winston,” John recalls. “Scott was outside with his pug, Sosa. The dogs weren’t so sure of one another, but Scott and I hit it off instantly!”

Soon after that day in the fall, John and Beth invited Scott and Megan over for dinner and board games. It became a semi-regular couples night. During these game nights, John and Beth learned more about their new friends and began sharing their lives together. They soon learned that Scott and Megan weren’t close with Jesus, and were curious about deepening their relationship with Him. John and Beth responded in a refreshingly gentle way.

“We didn’t launch right into evangelizing mode,” John explains. “When the topic came up, we told Scott and Megan that we walk with Jesus because we love Him. We were honest about hoping to see them grow in love for Jesus, too. But ultimately, we said, ‘We’re not friends with you because we hope you might become Christians that way. We hang out with you because we like you for who you are.’”

The Holy Spirit was moving in Scott and Megan’s lives. From that day forward, the couple began to show more and more interest in talking about faith.

“They knew we were open to talking about God whenever they wanted. They started bringing up the subject of faith more. Then, one evening, Scott and Megan asked if they could tag along with us to church sometime!” John says.

“We didn’t love them with an agenda,” John says. “We loved them because Jesus told us to. And we let Him do the work.”

John and Beth’s story is what they call an “ordinary adventure.” They reached out to the people God put in their paths, and showed genuine love to their friends. “In a way, that’s the best approach you can have, really,” John says.

Though the couples have since moved apart, they still enjoy the occasional game night with one another. John and Beth have been blessed to watch Scott and Megan grow closer to the Lord, and the friends remain close to this day. 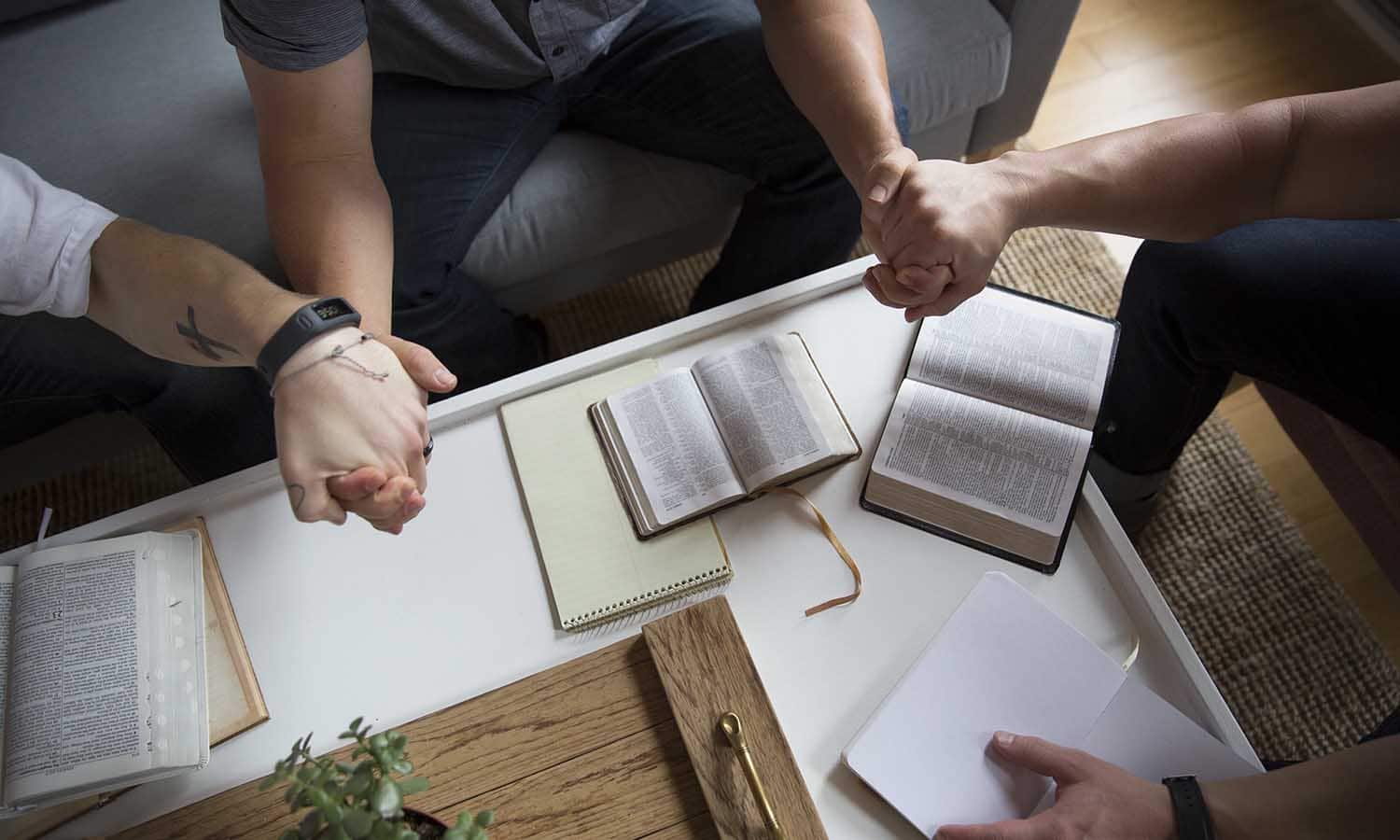