Bob Seifert is a name closely associated with Navigator history. He was friends with Navigator founder Dawson Trotman, and at his request Bob and his sweetheart, Dee, postponed their marriage for a year.

Bob was there when The Navigators moved to Glen Eyrie. In fact, he traveled with another Navigator, Skip Gray, to help raise the down payment needed to purchase the property in 1953. 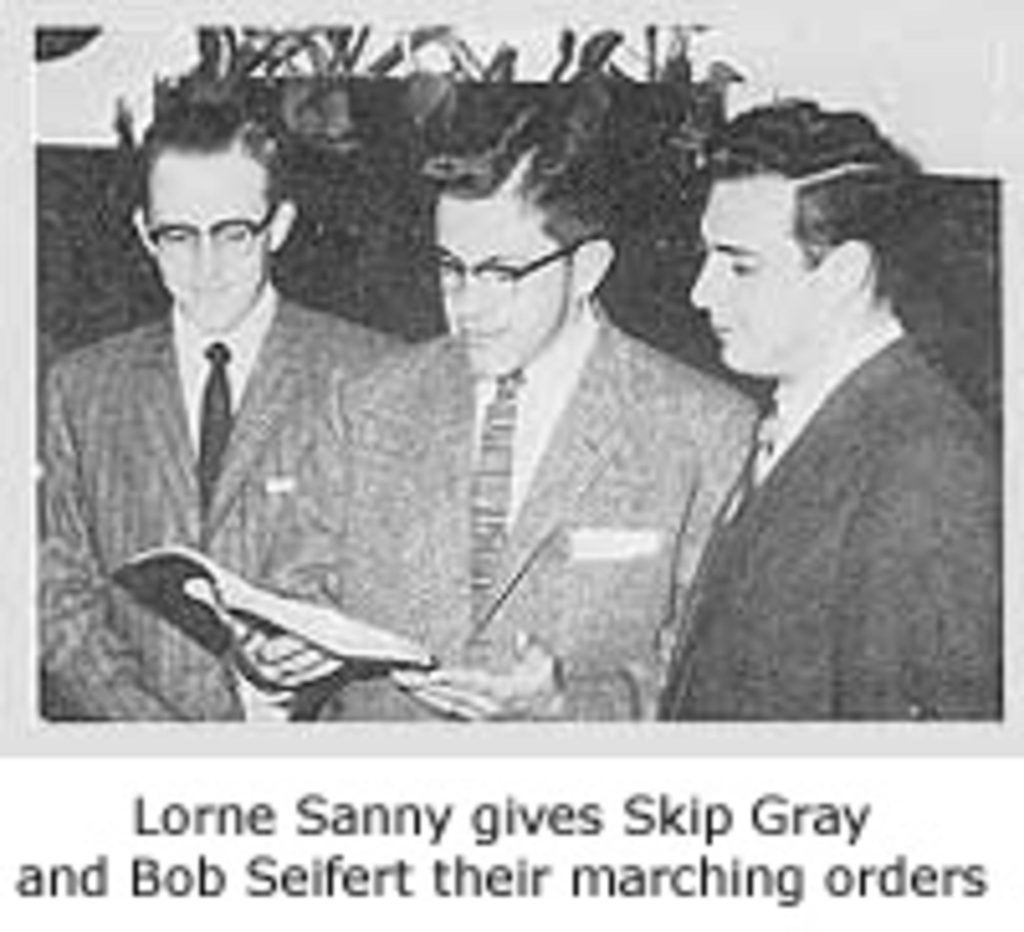 For more than 50 years, Bob made disciples for Christ as part of the Navigator ministry until, on September 9, 2005, he went home to be with the Lord.

Bob’s association with The Navigators goes all the way back to the early 1950s when he was stationed in Japan with the U.S. Navy.

After his release from the Navy, Bob was the Navigator contact for midshipmen at the Naval Academy in Annapolis, while he studied at the University of Maryland.

Later, he was among the first seven trainees to come to Glen Eyrie after its purchase.

During his training, Bob’s duties ranged from chief cook to field representative.

Bob and Dee (Delores), who had worked at Glen Eyrie as a secretary, were married in 1954, and in 1955 they relocated to Fresno, Calif., where they worked as area director and opened a Navigator collegiate ministry.

At the time Bob said, “Our vision is to reach and train faithful men, some of whom will be able to go to the far corners of the earth for Christ. It’s a big responsibility, but we are claiming some big promises from the Lord to meet it.”

In 1958, they moved to Dallas where they ministered to businessmen and college students, including a young Chuck Swindoll.

In 1961, they returned to Glen Eyrie where Bob served as office manager.

Then Bob and Dee’s ministry took a foreign turn as they completed Spanish studies and headed to Guadalajara, Mexico, in 1965 with their son and two daughters. Seven years later they returned to Dallas to minister among local churches.

In the years that followed, Bob and Dee traveled extensively throughout Latin and South America, teaching and sharing their faith. In addition, Bob and Dee translated many Navigator materials into Spanish, including the entire 2:7 Series®.

In recent years, Bob traveled to Cuba where he trained workers in discipleship methods.

At Bob’s funeral, Darrell Sanders, who heads The Navigators’ Church Discipleship Ministry, said, “Bob was a man of integrity and generosity, a man always giving grace and hope to others.

“He was a man of true Christlike character, deeply committed to Jesus and to the fulfilling of the Great Commission.

“It would be difficult to measure in numbers the impact Bob had on people around the world.

“Only a few of those who come to faith in their early years continue to faithfully walk with the Lord and remain fruitful all their days, ” Darrell continued.

“Only a few invest in one generation after another so that many generations are birthed in Christ. Only a few remain gentle and humble after experiencing much fruit in the Lord.  Only a few live in such a way that others want to follow him and be like him.

“Bob Seifert was one of those few.”

The Power of Serving: A Bible Study on the Parable of the Good Samaritan

How can you serve the people around you in a way that illustrates God’s love? This Bible study on the parable of the Good Samaritan will help you think about how to love your neighbor. Continue Reading