The land on which your feet have walked will be your inheritance,
and that of your children forever because you have followed
the Lord [your] God wholeheartedly.  Joshua 14:9

Forrest Graham hitchhiked miles from Texas to Glen Eyrie to join his parents, Bill and Wilmer, who worked as maintenance supervisor for oil magnate George Strake Sr. In those early years, they lived in Echo Rock Cabin behind the Pink House, where the Strakes spent their summers at Glen Eyrie. Forrest spent his summers and college holidays working with his father, often spending time with George Strake Jr. He also worked at the corner gas station in town and would walk home alone, late at night, on what was then a deserted and very dark length of road back to the Glen.

Wilmer, her kitchen warm and inviting with the aroma of her renowned jellies (everyone remembers chokeberry best), cooked all her meals on two coal-burning stoves.

Mr. Strake would often knock on her door to “cook up some biscuits and gravy.” Her granddaughter remembers her as “one of those cooks that you just can’t get fried chicken and chicken-fried steak with gravy like she made.”

Bill assisted rebuilding Glen structures after the flood of ’47 when 14 inches of rain fell in eight hours high above the mountains over Glen Eyrie. Without warning, a wall of water crashed down Queens Canyon directly into the Glen. The waters made their way up to the Pink House doors, destroying bridges, trees, landscape—everything in their path.

In 1992, Forrest received a grim medical prognosis after a significant heart attack: he was not expected to live. God, however, had different plans. Forrest’s daughter, Phyllis Tucker, explains, “Had Dad died as the doctors predicted, he never would have come to the Glen and completed what he said was his most important and valuable work.”

Now owned by The Navigators (an interdenominational Christian organization), at that time the Glen was closed to the public. For years, Forrest and Dorothy tried to gain entry, only to be told that access outside the Navigator “family” was not possible. That all changed when in 1996 they were able to come as overnight guests. Taking a guided tour of the property, Forrest noticed the presentation included little information about the years the Strakes owned the property.

After visiting with Forrest, the guide introduced him to Donald McGilchrist, international vice-president of The Navigators. Donald was delighted to discover that Forrest was friends of the Strake family. “Forrest volunteered to deepen our understanding of the Strake years at the Glen,” says Donald. “He lovingly produced four volumes of history on Mr. Strake’s involvement and improvements. This was especially important because the years after General Palmer’s death [founder of Glen Eyrie] were not well documented. It was a labor of love, finely executed.”

Becoming good friends with Donald, Forrest and Dorothy returned to the Glen many times over the years to volunteer their time and historical expertise.

“Forrest and Dorothy brought to us an infectious enthusiasm for Glen Eyrie and a keen interest in the history of the property,” Donald says. “He cared deeply for the Glen and gave himself unstintingly as a volunteer. He was always ready with some nugget of information or some interesting story. He and Dorothy showed themselves to be true servants of the Lord, blessed with the aroma of Jesus Christ.”

As resident historian, Forrest wrote a new script for the tour guides, incorporating not only the historical aspects of the property but the spiritual as well, emphasizing God’s purpose for the Glen. He set up a training program for all the guides to complete so that when the historical and spiritual aspect of Glen Eyrie is presented, it is not only accurate but highly interesting, engaging, and relevant. He also developed a drive through tour visitors could play from their car as they discovered the many unique aspects of Glen Eyrie.

After conducting extensive research and interviews and gathering historical documents and pictures of the Strakes, Forrest created three leather-bound books documenting the Strake years. One set of books he gave to George Strake Jr., one to Donald McGilchrist, and one he kept for himself. His personal set of books will be placed in a Colorado Springs public library.

Meanwhile, the Pink House became Dorothy’s passion. When The Navigators bought the Glen in 1953, all the furnishings from the Pink House remained with the house. Valuable antiques, china, place settings, and artwork graced the home, all of which were inventoried and documented by Dorothy. The Strakes’ Franciscan Apple Dishes are still in the Butler’s pantry to this day and used for special occasions.

Phyllis remembers when an insurance assessor came to appraise all the artwork on the Glen. “Mom was given the pass key to each building to help him in the process. The appraiser took pictures and documented each with information and an appraised value,” she says. “Mom took copies of all that information and put it in envelopes to tape to the back of each piece. She then created a book out of the photos he took, complete with the information of each piece.”

Out of a keen desire to see the Pink House preserved as close as possible to its historical aspects, Dorothy also developed the operating procedures for the building’s volunteer hosts.

Both Dorothy and Forrest were at the Glen shortly after the flood of 1999, when once again a wall of water came crashing down Queens Canyon. God’s hand was with the Glen once again. Unlike George Strake, the Navigators did not have the financial resources to repair the Glen, but God provided the physical means to protect it from the widespread destruction a similar flood caused 50 years earlier.

Just down the road, waiting out the rain to finish a job, was a team of bulldozer and caterpillar operators. When they heard of the flood, they came. Saving bridges, buildings, and property, they used their machines to keep the streambed open and free of giant boulders, trees, and debris carried down from the canyon. The waters were able to pass through the Glen without the extensive devastation of the flood of ’47. A new flood story was born to pass down the generations.

Forrest Graham died in May 2004, 12 years beyond the doctor’s predictions. His last experience with the Glen was by phone when in March, Phyllis and her daughter Kelsey decided to give him a special tribute directly from the Glen.

“There is a bell on the tower of the castle, commissioned by Palmer and bearing the Glen Eyrie stamp,” Phyllis says. “The pulley to the bell is on the Terrace. Dad not only took delight in ringing that bell, he made it an integral part of each tour.

“He was back in Texas, having a bad day. Kelsey and I were at the Glen. We decided to ring the bell for him. I had him on the phone as Kelsey began to ring the bell. Even though it was loud for us, he couldn’t hear it over the phone. So we climbed up the catwalks to the top of the tower to ring the bell with the phone right next to it.

“Although the pulley ropes to the bell were right there, I sent Kelsey all the way back down to ring it. This time he heard it! Dad jokingly asked if I could hear it. I said my ears were still ringing!”

The generations had connected, carrying on the legacy.

“The lineage my family has had at the Glen carries on. Even though my father and grandfather are gone,” Phyllis says, “their marks are still there.”

Phyllis volunteers at the Glen for one month every summer. Besides tending the gardens and giving tours, she continues her father’s work by once more providing a tour script—only this time it will be geared specifically to the many school children that come through the Glen on field trips.

“I want a program where the tour guides can assess what prior knowledge the teachers are giving to their students, get a feel for what they are doing,” Phyllis says, “so that when they come to the Glen we can gear it specifically to them, to that class—build upon what they’re learning, not just repeat it.”

In Tribute…
The Grahams continue to walk the Glen. They have volunteered their time, gathered for family reunions in the Pink House, and put many a puzzle together in its loft (one of Forrest’s favorite pastimes).

Phyllis recognizes what that means to those who come and share in the family’s heritage. “Unless you’ve been here at Glen Eyrie, it’s just another place, just somebody talking about it. But being here, seeing the place where it all happened, the stories of our family come alive and make it real for us today.”

In memory of Forrest, the Volunteer Department recently dedicated a newly restored fountain in the Rose Garden. Kevin DiFelice, Executive Director of Glen Eyrie from 1999-2003, gave tribute to Forrest and his ability to “lift our eyes to the One who touched [Glen Eyrie] with His creativity and beauty.”

A simple rock, engraved with Forrest’s name and the Scripture John 15:5, rests beneath the fountain:

I am the vine, ye [are] the branches:
He that abideth in me, and I in him,
the same bringeth forth much fruit:
for without me ye can do nothing.

“I want my grandbabies to know their lineage. Whey they come, they’re going to see my dad’s name on a rock and hopefully a fountain that will be here a long time,” Phyllis says. “Just that heritage that we have here, knowing that most of it was a volunteer spirit, and passing that along, because even though my grandparents were paid to come up here, it was more than just another job. It was a joy to serve.”

True servants of the Lord, blessed with the presence of Christ, they are the living footsteps of a family rich in service, rich in legacy, and rich with generations to come as they walk this blessed ground. 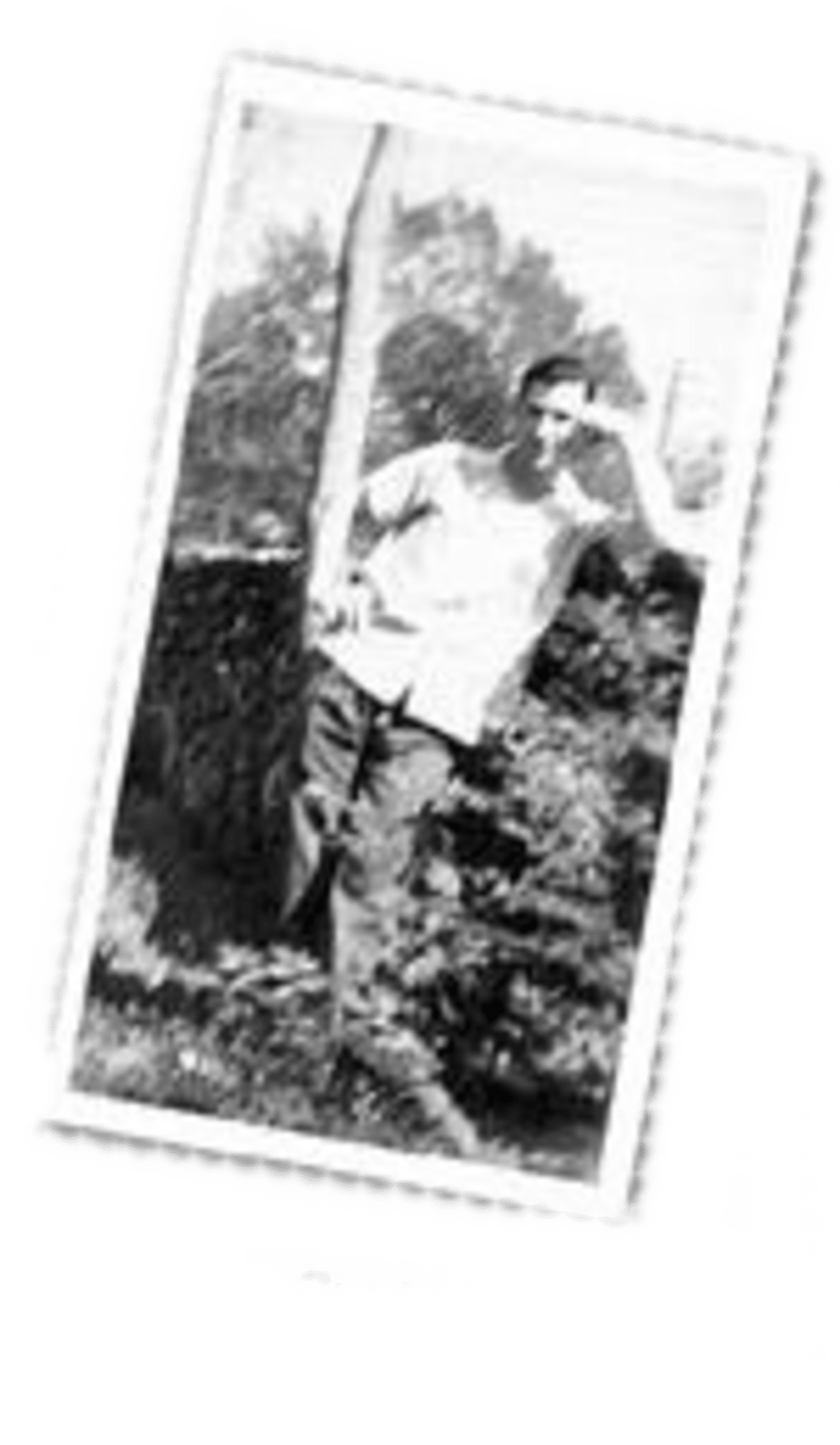 If we meditate on God’s Word day and night we will be “like a tree firmly planted by streams of water.” But how is that done?… Continue Reading 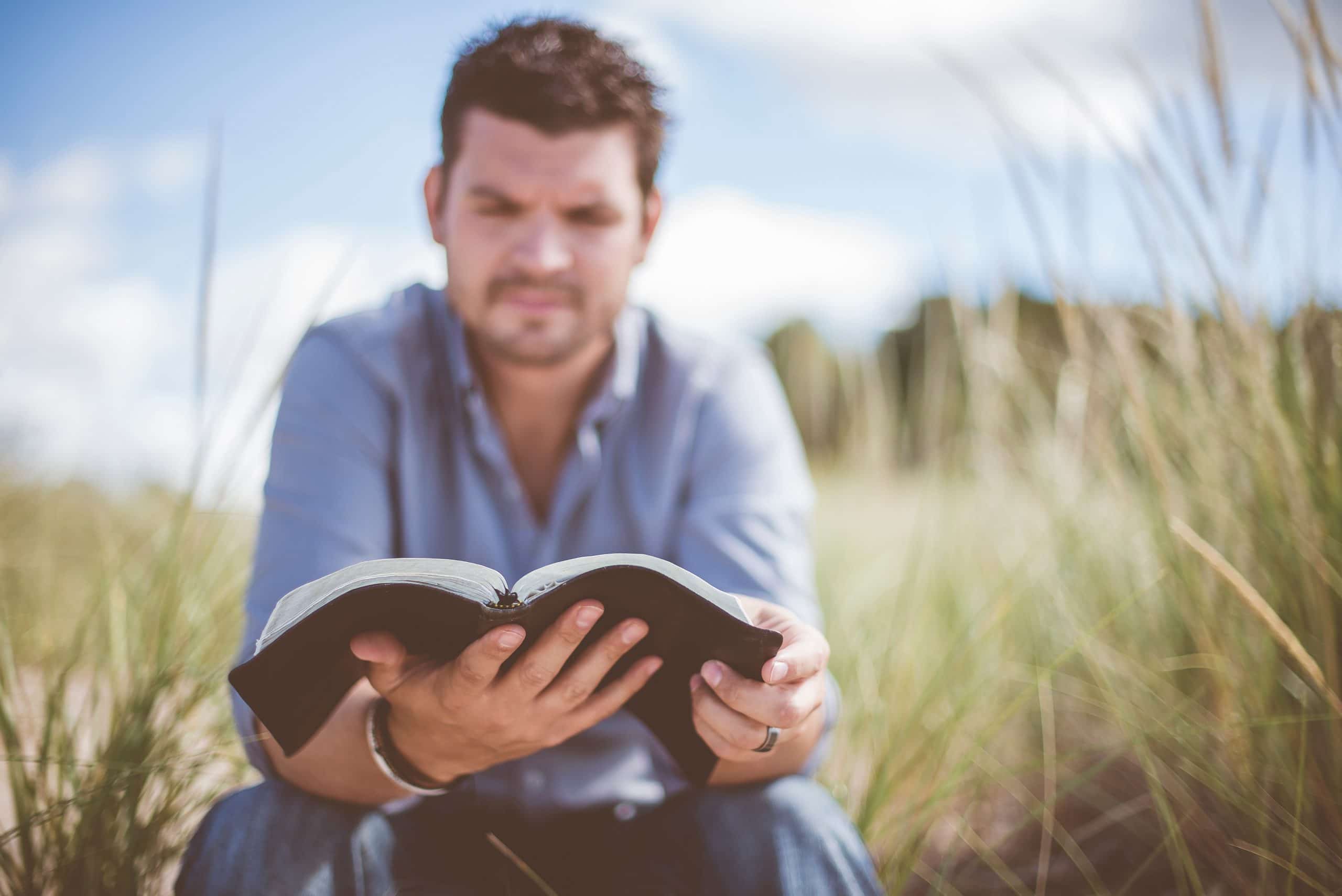