Editor’s note: In June, Bob wrote about the amazing response to an altar call at a music festival called Spirit West Coast held May 27-29 in Del Mar, California. The following article reports on the equally astonishing results of a second Spirit West Coast festival held July 28-30 in Monterey.

The first major altar call of the festival was Thursday night. Erwin McManus, pastor of Mosaic Church in Los Angeles, challenged believers to act like Christian barbarians. He said we are not to be afraid, but bold. 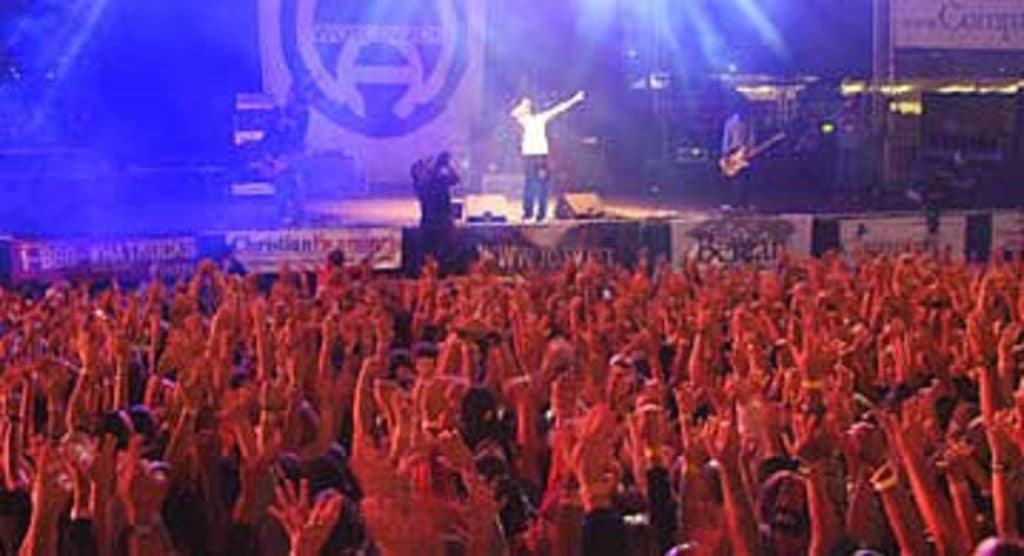 He relayed the story of his young son who called him into his room at night because he was afraid. He asked his daddy, Erwin, to pray for protection and that God would make him safe. Erwin said to his son, “No, I won’t pray that. I’m going to pray that God would make you dangerous. That you would be so dangerous that demons would be afraid of you.”

The son replied, “Then pray that I would be very dangerous.” The point was that believers should be so close to God and so armed with His weapons that they would be able to stand against the world and the evil one and to be bold like Jesus. When Erwin presented the altar call, he had folks stand up who wanted to make decisions to follow Christ. I was on the main stage counting noses. I estimate that between 300 and 400 people stood up.

Then Erwin had them raise their hands and scream out like barbarians until one of the trained altar call workers reached them to start the process of follow-up. It was a very different kind of altar call.

At another altar call, I watched Raul, a 6’5″ Marine, on his knees, sharing the gospel with a seven-year-old boy. I watched him pray with the lad and the big Marine noticeably had tears in his eyes. As soon as the boy prayed to receive Christ, he gave Raul a huge, bear hug. The tears streamed out of Raul’s eyes and the angels rejoiced while I cried, too.

On Friday night, for the first time at a SWC festival, I was scheduled to teach a seminar. I taught “Godly Living in an XXX-Rated World.” The tent had 180 chairs. At the scheduled start time of 10:45 p.m., every seat was filled, with hundreds standing around. Some of the Navigator men started rolling up the sides and back of the tent to make more room. A pallet of 250 additional chairs was set up and these seats were quickly snatched. God blessed bountifully. Spirit West Coast was an amazing experience on so many levels. Seeing scores of churches come together to participate in the prayer tents; seeing hundreds trained to share the gospel and then becoming part of the labor force; seeing hundreds respond to the altar calls; seeing hundreds attend the seminar on Friday night-what an awesome God and an incredible experience!

The Monterey festival was preceded by much prayer. Close to 100 people joined in 40 days of prayer and fasting and God answered. The 22 altar calls held during the three-day festival saw between 400 and 500 first-time decisions to follow Jesus. There were another 300 rededications or recommitments to Christ. Sixty-five people were baptized in a large swimming pool erected on the Main Stage lawn, with the music group BarlowGirl playing in the background.

We had trained around 60 Navigator missions program participants how to lead someone to Christ at an altar call. Young believers from six military bases and seven college campuses were at the missions program to experience intensive growth, training, and challenges in witnessing.

One young teenager, after receiving training to share the gospel, was so anxious and fearful that he left the meeting room to throw up! Later, this young man, through the power of God, shared the gospel with a couple in their twenties and both prayed to receive Christ.

Now the hard work of follow-up begins. Several hundred of those who made decisions filled out cards indicating the kind of decision they made and their desire for further teaching. Please pray for those involved in this work and praise God for all He accomplished at these music festivals. 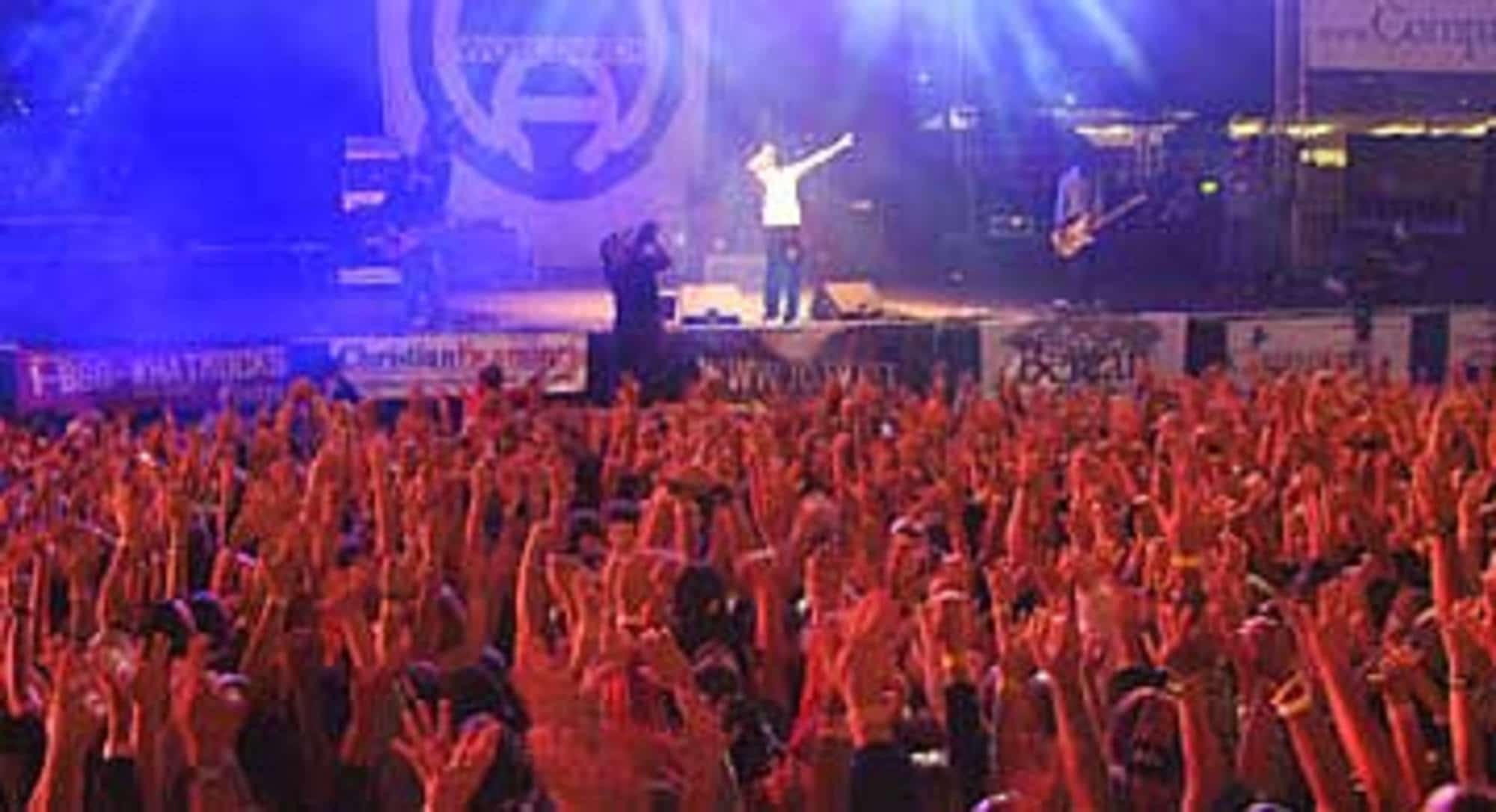