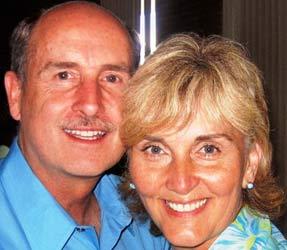 About Bob and Char Reehm

My wife, Char and I meet with and disciple active duty Military assigned to the Naval Post Graduate School (NPS) and at the Defense Language Institute in Monterey, CA.

Char meets weekly with 15-20 women at local parks in the area for ‘Mommie and Me’ devotional and relationship building.

I meet each week with 10-12 men for individual training in discipleship and accountability. I also speak at conferences once/twice per month on men’s issues of Sexual Purity. In January 2014, the book I authored war re-printed and released. It is called: “The War Within…Gaining Victory in the Battle for Sexual Purity”, Xulon Press.

Editor’s note: In June, Bob wrote about the amazing response to an altar call at a music festival called Spirit West Coast held May 27-29 in Del Mar, California. The following…

“How many of you have thought about killing yourselves in the last two weeks?”